Fortnite White Screen Bug – What Is It and How to Fix 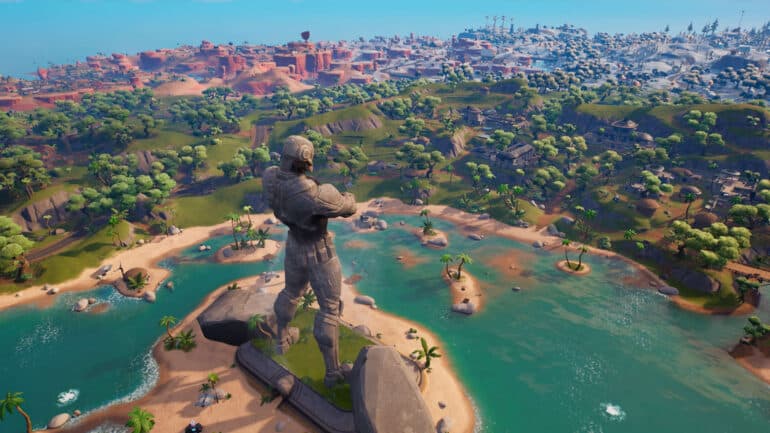 December has been a peculiar launch for online games in particular. Just recently, Final Fantasy XV Endwalker players couldn’t login to their Data Centers due to long wait times and Error 2002. Now that Fortnite has released Chapter 3 Season 1, players have begun experiencing a white screen bug that makes them unable to play the game properly. What could be causing this issue?

If you’re asking what is the Fortnite White Screen bug and how to fix it, you’ve come to the right place.

Players excited for Chapter 3 Season 1 of Fortnite where met with frustration and disappointment as the famous battle royale game was met with a particular glitch that filled their whole screen in white. This makes them unable to login and play the game.

The White Screen bug is entirely new to Fortnite. Players have not experienced this before in any of the Season releases. Epic has mentioned that this is the biggest season launch of Fortnite for the entirety of its history. Earlier on, players couldn’t login to the game due to the high traffic volume. And now it seems that they’re also plagued with a white screen that prevents them from actually playing the game.

Fortnite What Is the White Screen Bug?

The White Screen bug fills the whole screen in a white color. Some players have reported that they are seeing their screens on mobile, PS4, PS5, Xbox One, Xbox Series S|X, PC, and Nintendo Switch flicker back and forth from white to black.

This may be an issue with the latest update. It isn’t a hardware issue since the same thing is happening for everyone.

Fortnite How to Fix the White Screen Bug?

Epic has advised to restart the game whenever you face the white screen bug. If you have frequently kept restarting the game and have not had any success with fixing the issue then it may be time to either wait or delete and redownload Fortnite.

If you have faith in your internet speed, it can’t hurt having to redownload Fortnite again to fix the White Screen bug. This may just fix what’s wrong with the game, although it isn’t a guarantee.

You can email the official help center of Epic Games to ask for assistance. They might take some time to respond, but if the issue persists then this may be your best bet.

Wait for a Hotfix

If all else fails, you may need to wait for an additional hotfix. You aren’t alone in facing this issue. Many players have reported still experiencing the same white screen bug issue plaguing the game right now. It isn’t unreasonable to believe that Epic will drop a hotfix soon enough to update the game.

For more content regarding Fortnite, feel free to check out our other articles.