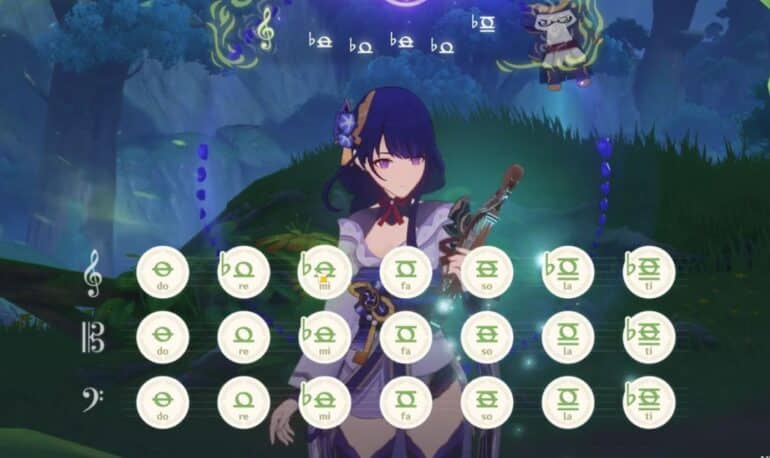 Genshin Impact 3.0 is out now and players are currently scouting around different parts of the new map in Sumeru to seek out new areas to gather materials, explore hidden quests, and more. To make things more interesting and fun, new elemental monuments especially the broken ones were added in Genshin Impact, and thus, finding them will be a challenge for many players. We, of Sirus Gaming, have created a guide to help players find out where to find these broken monuments and how to unlock them.

What Are Broken Dendro Monuments?

Broken Monuments are totem puzzles in Sumeru that needs to be repaired for Genshin Impact. To repair them, players will need the Vintage Lyre with the Rhythm of Revival which you can get from the Starry Night Chapter quest to repair broken dendro monuments.

There are a total of 9 broken monuments located around Sumeru. Each of them can be found in Mawtiyima Forest, Gandha Hill and in the Chatrakam Cave.

The 1st Broken Monument is found in the North of the Gandharva Ville Statue of the Seven. At the entrance of a cave found nearby, remove the ivy vines and the monument will appear.

The 2nd is nearby the 1st monument but players will need to find the Seelie and track it down. While tracking it, players will stumble upon the broken monument near Four-Leaf Sigil. Make sure to drain the water level to half for it work.

The 3rd broken monument location is still withinn the vicinity where you used the Sigil of Four Leaves to pursue the Seelie. Drain the amount of water left in the tank.

The 4th one is a bit far end of the cave. Head deep down near the exit of the cave and the broken monument will be found easily near the end road of the Gandha Hill roadside.

In the northern road area alongside the Gandha Hill, use the Four-Leaf Sigil nearby, then glide down near the Zohrah Mushroom and this will lower the water level of the cave where the 5th monument will appear.

North of the 5th monument location, head on a bit and the 6th Broken Monument can be found easily.

Head straight to the eastern side of Mawtiyima Forest. Find a tall tree there and you can unlock the treasure chest directly in front of you including the 7th broken monument.

The final and 9th Broken Monument is found deep within the Chatrakam Cave. However, finding it is no small task players will need to go deeper and clim hidden paths to unlock it. To do so, first return to the the Barsam Flower Cave area after clearing the Agnihotra Sutra Risen Moon Chapter. From where the Barsam Flower used to be, go deeper into the cave and climb upwards till you find the the Four-Leaf Sigil and climb to the top. At that location, you will find 4 monuments in which 1 of them is broken.

How to Repair Broken Dendro Monuments in Genshin Impact

Check out this video guide of ZaFrospet to find all the broken Elemental Monuments in Genshin Impact: