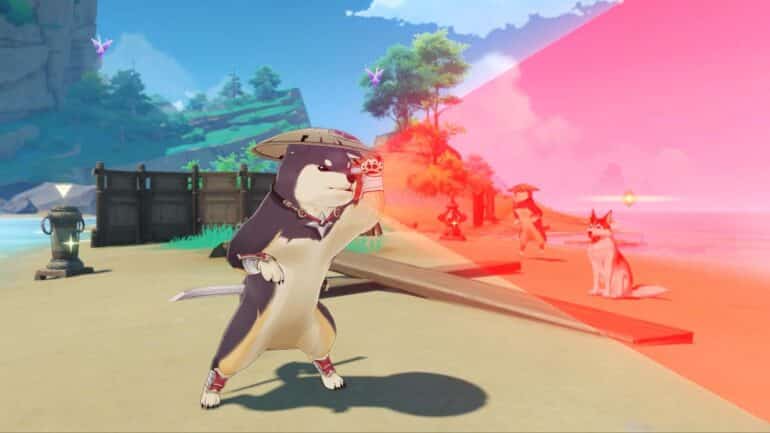 Genshin Impact may be an open world RPG game, but that doesn’t mean it can’t dabble a bit on stealth. The new upcoming event for the 2.3 update Bantan Sango Case Files: The Warrior Dog will have you sneaking around the so-called warrior dogs to rescue animals to place in your Serenitea Pot. Here’s everything you need to know about this event, when it will release, how to unlock, and its rewards.

The Bantan Sango Case Files: The Warrior Dog is an animal rescue event. You to defeat enemies while sneaking around their warrior dogs in order to rescue the animals they captured into your Serenitea pot.

The Banton Sango Case Files: The Warrior Dog will start on December 07, 2021 up until December 20, 2021. You’ll have around 13 days to participate in the event.

How to Unlock Bantan Sango Case Files: The Warrior Dog

To start the Bantan Sango Case Files: The Warrior Dog event, in accordance to the other requirements from other events in 2.3 we suspect that you may have to be at least Adventurer Rank 20 to tackle this quest in the Inazuma region. There doesn’t seem to be a specific unlock requirement, nor has the location as to where this event will take place been revealed yet.

How to Complete Bantan Sango Case: The Warrior Dog Event

You’re going to do a variety of objectives to complete the Bantan Sango Case: The Warrior Dog Event. There have been mysterious disappearances of animals in Inazuma latetly. According to the Commission, the objective is to find and bring all the missing animals back.

This event will take place across multiple different areas and you have to accomplish the following:

During the investigation, you’ll find a mysterious dog that patrols around the missing animals. Avoid all the Canine Bunshin which are illusionary copies of “the dog”, and these dog copies carry a little sword.

Travelers can also activate smoke machines and fireworks around the area which can cause distractions. Sneak towards where the little animals are hidden and avoid being detected.

We don’t know what happens when the warrior dogs spot you. But you’re advised to sneak around them as you rescue the animals in the location.

Travelers will obtain a gadget called the Ubiquity net. Travelers can use it to replace their elemental skill with the net’s ability. You can use this ability on the target animal to whisk them away. If a skill hits a Canine Bunshin, it will be stunned for a short time.

Upon continuing the mission, you will also find animals being held captive in what they call the Den of Thieves.

Along the event quest, you’ll encounter a den of thieves which you have to also clear out to rescue the remaining animals in the location.

The main activity and purpose of the Bantan Sango Case: The Warrior Dog event. Using the new Omni-Ubiquity Net gadget you can capture small animals and take them to your Serenitea Pot for safety. This gadget can also temporarily stun Canine Bunshin.

After the event if over, you can claim the Omni-Ubiquity Net gadget for yourself. You can use this net to continue rescuing animals across Teyvat well after the Bantan Sango Case: The Warrior Dog event is over.

All rewards from the event:

Animals that you capture with the Omni-Ubiquity Net gadget can be placed on the Serenitea Pot as furnishing items. You can fill your pot with lively friends.

Basically, the Serenitea pot is like a player home. You can place the animals you captured in your pot (player home). But they’re not technically pets, but considered as furniture for some reason.