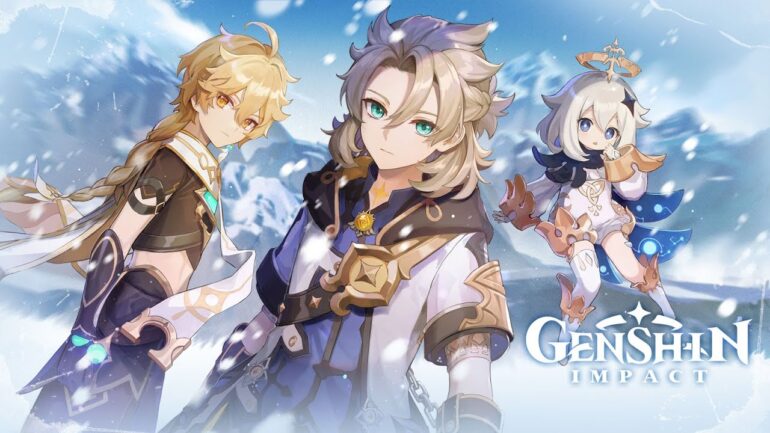 It’s about to get really chilly in Genshin Impact as Version 2.3 releases with a snowstorm. If you’re ready to once again dive into the world of Genshin Impact this latest version has an all new plot, new characters, and new stuff to collect. Here are all the details.

Genshin Impact Version 2.3 titled “Shadows Amidst Snowstorms” brings the harsh cold weather to the world of Teyvat. We hope you’ve prepared for the chilling air, because it’s about to get frosty.

Version 2.3 of Genshin Impact will be releasing this November 24, at 06:00 a.m.(UTC+8) / November 23 10:00 p.m. (PST), the update to Version 2.3 will begin. The developers, miHoYo, have announced on their official blog post that a five hour maintenance that will prevent players from logging in around that time.

In addition, the company’s internal accounts service system will undergo routine maintenance. It is because of this that the official website of Genshin Impact, as well as the in-game registration and payment features, will be unavailable for the time being. It will take about 40 minutes for this to be completed.

The announcement of rerun banners have put fans into excitement. Those who hadn’t had the chance to acquire Albedo or Eula can get their chance once the update goes live.

“Secret Secretorum” and “Born of Ocean” being the names of the rerun banners.

Although both banners are separate from each other, you’ll get your pick from 4-star characters Noelle, Bennett, and Rosaria from either of them.

Both Secret Secretorum and Born of Ocean banners will run until December 14, 2021. At that point, Itto and Gorou’s banners will be taking their place.

There are two new weapons that will be added to the upcoming banner. They’re both melee weapons: a four-star sword and a five-star claymore.

There’s one new main event for this coming update along with several smaller ones. The Shadows Amidst Snowstorms is a mainline story available for those who have reached Adventurer Rank 20. Players must first complete “For A Tomorrow Without Tears Quest” before they can tackle the Shadow Amidst Snowstorms.

In Shadows Amidst Snowstorms, you’ll join Eula, Amber, and Albedo as they train their bodies to survive the harsh cold weather of Dragonspire.

During the event, players can partake in “Born of the Snow” and complete challenges to gain the Cinnabar Spindle sword. Players will also be able to collect Snowstrider and Mysterious Emblems to exchange for event-exclusive rewards such as Weapon Refinement Materials, Crown of Insight, Talen Level Materials, and etc., from the Event Shop.

Version 2.3 will also bring back an old event, Misty Dungeon: Realm of Light. This rerun will give players the opportunity to try out new-trial characters whom are yet to be revealed.

Dust and Shadowed Snow is an event which features some fun minigames on ice where players can practice on targets and build snowmen. Here’s what is in store for you in the Dust and Shadowed event:

This new event called the Bantan Sango Case Files – The Warrior Dog is a quest that will have players catching animals in the Inazuma region. No doubt the new Omni-Ubiquity gadget comes to play here.

Version 2.3 introduces two tough bosses for players to fight against.

In the Inazuma region rises a new king.

The Golden Wolflord is a new boss coming to Genshin Impact 2.3 and will attack players with devastating area-of-effect attacks as it flies high above the players.

This boss deals corrosion status so players will need to carefully manage their healing. It’s advised to bring a powerful ranged character to help with fighting the Golden Wolflord from a distance.

This boss is rumored to be encountered in the Shadow Amidst Snowstorms event as a part of Albedo’s main questline.

The Fell Whooperflower seems to primarily use Cryo attacks against players. Players wishing to challenge this foe would need a powerful and diverse team to take it down.

Of course with new characters coming along 2.3 new events to be able to bond with these characters will also be included. Two new hangout events featuring Gorou and Beidou will release alongside the new banners.

It is said that thunder has never colored this great hall. That the scenery from within has never changed and probably never will. Adventurers Rank 30 and above who have completed “Ritou Escape Plan” will be able to challenge this dominion in Seirai Island for the new artifacts, Opulent Dreams and Ocean-Hued Clam.

With the rerun banners that’s coming with Version 2.3, players have expected miHoYo to repeated this in the upcoming 2.4 patch. This gives players an opportunity to grab characters they didn’t have the chance to.

There’s still a long way to go before Version 2.4 drops next year January 5. It’s expected that miHoYo will hold a devstream in December to announce the upcoming content for Version 2.4 which will be the first Genshin Impact update of 2022.

Rumors and Potential Leaks for Version 2.4

A Reddit user by the name of XenoVX claims that Ganyu and Xiao rerun banners will be included with the Version 2.4 of Genshin Impact. Many online have dismissed this as wishful thinking, but the same user has also claimed before the official announcement that Albedo and Eula rerun will be available for Version 2.3 and they were right on the mark. While this gives more credibility to XenoVX claims, we have to wait for miHoYo to announce what’s in store for us on the next update of Genshin Impact.