Learn more about Kuki Shinobu's moveset, gameplay, talent level up materials, and more in this article. 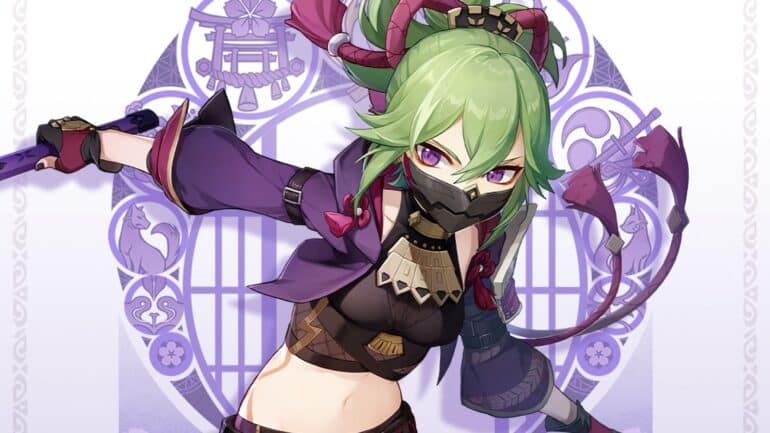 Genshin Impact Kuki Shinobu is one of the new characters coming to the game possibly in the next banner. Kujou Sara of the renowned Kujou Clan has introduced this new character as a talented person, but for some reason she has now landed on the Arataki Gang and also their Deputy Leader. She might actually be the brains of the operations while their leader goofs off.

Kuki Shinobu is an Electro Sword User based on the Tweet posted online and word is, she will be the first Electro support. It is said that she was studying abroad, in Liyue to be exact, which made her lucky since she avoided the Vision Hunt Decree.

In this article, you will learn more of what we know of Kuki Shinobu that we have collected from various sources like her release date, abilities, talents, items to farm, and more. Check this article from time to time as we update this when we get more information about this 4-star ninja character.

HoYoVerse is expected to add Kuki Shinobu to the roster in the phase two of Genshin Impact 2.7. Since she was introduced early by HoYoVerse on social media, it is expected that she will be included in the upcoming banner of update 2.7. Other sources believe that she will be available for pulling on the second phase of version 2.7.

These are Kuki Shinobu’s abilities told by a known leaker. They claim this is still in beta testing so it is possible the names will be changed in the future. Check out all of the known details below:

According to the leaks, players will need to farm Vajrada Amethyst item variants to ascend Kuki Shinobu. They will need to either kill Thunder Manifestations or Electro Hypostases to get these items. They also need Spectra items from Specters, Runic Fangs from Ruin Serpent, and Naku Weed, which are commonly found all over Inazuma.

Kuki Shinobu’s Talent level up materials include a lot of Spectral items from Specters. Various Elegance items are also needed and as it goes up to level 8, they will need the Tears of the Calamitous Godfrom the End of the Oneiric Euthymia Trounce Domain. Elegance items can be farmed from the Violet Court Domain on Tuesday, Friday, and Sunday.

Several Kuki Shinobu gameplay videos have already been uploaded online and these are from the beta testing of the upcoming version 2.7. Check out some of the videos below, showcasing Shinobu’s normal attacks, burst attacks, and more.

That’s all we know about Genshin Impact Kuki Shinobu right now. Be sure to check this article soon as we update the details when new information comes in.

Learn more about Genshin Impact content with the articles below: