How you can save a mushroom bro from getting corrupted. 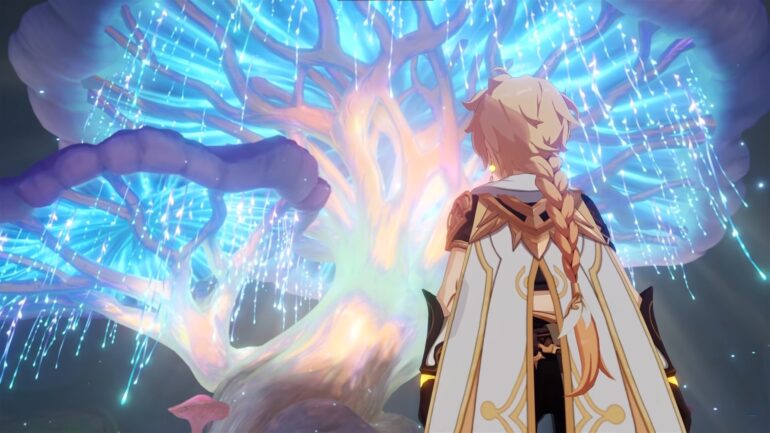 One of the new quests in Genshin Impact 2.6 involves a talking mushroom who is asking you for help, the quest is called Dimming Mushroom’s Call for Help. Here is how you can follow the water’s flow and where exactly you need to go.

How to Unlock Dimming Mushroom’s Call for Help Quest?

In order to start the Dimming Mushroom’s Call for Help Quest, players will first need to reach Adventure Rank 28+. The second requirement is to play through Perils in the Dark of The Chasm Delvers Quest chain. This can be found in the Underground Mines.

Also, it is recommended to unlock the whole area first before delving into Dimming Mushroom’s Call for Help quest for a better view of the whole area. After completing Perils in the Dark, players should do Wherefore Did the Spiritstone Descend? Quest.

Where Can You Access the Dimming Mushroom’s Call for Help Quest in Genshin Impact?

In order to gain access to the beginning of Dimming Mushroom’s Call for Help Quest, players can go down the second campsite in The Glowing Narrows or via the Nameless Ruins, go around from there, and just follow the river going south.

When you reach the quest area, players should see the big glowing mushroom in the middle.

How to Follow the Water’s Flow in Genshin Impact?

To complete the quest and “Follow the Water’s Flow” in Genshin Impact, you have to first find Xamaran.

The Giant Mushroom called Xamaran is asking for your help and by the looks of it, it is looking a bit weak.

You can recharge his energy by using your Level 4 Lumenstone Adjuvant to give Lumen Energy.

It seems your job is not done yet as it looks like something is causing it pain. You will need to cleanse the source of the foul energy from the Oozing Concretion nearby with the Lumenstone Adjuvant. There are three of them and can be cleared out by using the gadget. Come back to Xamaran once they are cleansed.

Talk to the giant mushroom and it will ask you to recharge all five glowing mushrooms just nearby north of it.

Recharge them with your Lumenstone Adjuvant and come back to Xamaran to report your progress.

After chatting with Xamaran, it asks you to finally find and clear out the source of the foul energy.

In order to follow the water’s flow, just follow the river north until you will get to encounter three Abyss Mages.

Defeat them as they spawn from the source and then you can use the Lumenstone Adjuvant to finally clear the Oozing Concretion.

After a long chat with the big giant glowing mushroom, the Dimming Mushroom’s Call for Help Quest will reward you with the following:

Thanks KyoStinV and ZaFrostPet for the walkthrough videos. Check them out:

Check out our other Genshin Impact articles if you like this guide: