Complete Walkthrough Guide of Genshin Impact: The Children of Vimara Village is here 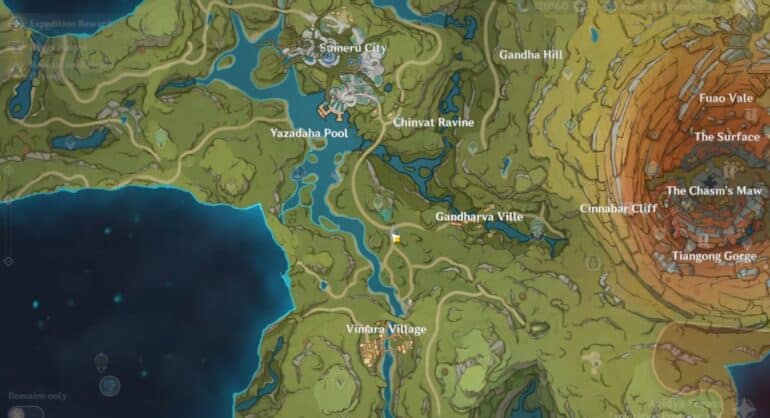 Genshin Impact has released a new 3.0 update and with this new update, there are tons of new missions, quests, and items to receive upon completion. One of the new quests that are being featured in Genshin Impact, The Children of Vimara Village, is currently being talked about and we, of Sirus Gaming, have created a walkthrough guide on what to expect and how to complete this quest.

How to Start The Children of Vimara Village World Quest

To get started with this quest, head west along the path leading from Gandharva Ville. From there, the World Quest Woodland Encounter: Aranyaka Part 1 should start, and also new subquests will be available including The Children of Vimara Village and players will be forced to defeat enemies while assisting a female NPC. After defeating them, the female NPC known as Rana will introduce herself to you and she will join you in your quest.

How to Clear the Withering Zone Subquests

Once Rana joins you in your patrol of the area, players will come across a Withering Zone where they are required to destroy the Tumour of Withering. To defeat this dark crimson plant, players will need to destroy red branches known as Withering Branches and the Dendrograna, a plant that generates glowing green particles. But please note, that players must be aware of their levels of Decay, the small red bar located above the character health bar. Decay decreases elemental and physical Resistances, and reduces Max HP, increasing in effect as levels of Decay increase. Each Withering Zone has a different minimum level of Decay, and some enemy attacks inflict Decay. Stock up on Candles of Life and use them to decrease Decay stacks.

To complete the first Withering Zone in the The Children of Vimara Village, summon the Dendrograna found just in front of Rana. Afterward, there are 3 branches that will be needed to be found and destroyed using either ranged attacks or charged attacks. The 3 branches can be found in these locations:

Note that, when encountering each branch, hordes of enemies including a mini-boss known as the Disciple of Decay will appear, and as stated, their attacks can inflict Decay. Proper preparation is required from recovery items to weapons as well. It is required as well to use Dendro elements to highly defeat them such as Tighnari and Collei including the Traveler as well.

After defeating the mini-boss, interact with the Tumour of Withering and it will not only destroy itself, but it will return life back to the surrounding area. Head straight back to Rana and she will give thanks to you for your efforts and will ask you to look around and converse with the people of the village. Afterward, a small cutscene will appear and the 1st half of the quest is completed.

Rewards for Completing The Children of Vimara Village Quest

Upon completion of The Children of Vimara Village quest, you will be granted lots of rewards such as:

This makes not only this quest worthwhile, but the entirety of the Woodland Encounter: Aranyaka World Questline as the rewards only increase from here.

Check out this walkthrough video of ZaFrostPet to see how to complete this quest.