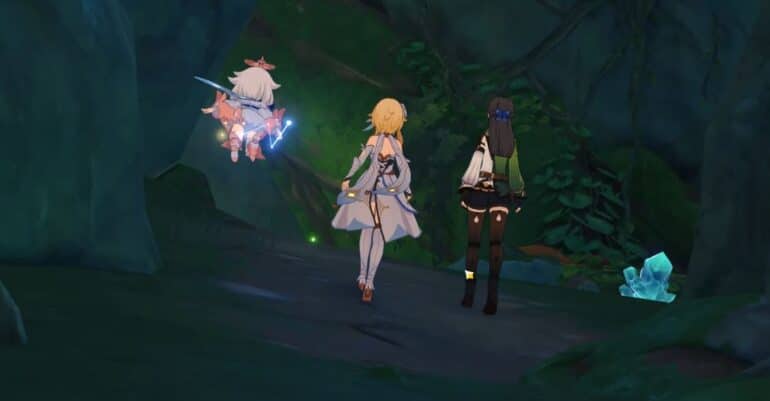 The most talked about MMORPG game, Genshin Impact is now talked about again with a new update. In this update, new quests and missions have been added including a new map area that is worth exploring around. Among them is the quest, Aranyaka Part I: Woodland Encounter, which has 3 subquests required to complete. In this guide, we will show players the final subquest, The Lost Child, and what rewards await players in this new experience.

How to Unlock The Lost Child Quest in Genshin Impact

To unlock The Lost Child Quest, players must clear Into the Woods quests. Once you clear it and watch the cutscene, head straight back to the village to begin the quest but do not teleport.

How to Complete The Lost Child Quest in Genshin Impact

As the quest begins once you return to the village, a cutscene will trigger along the riverside. A child from the village named Iotham will enter the deepest parts of the forest. Following him towards the cave in the forest and an ambush will occur. Defeat the ambushing enemies and head straight down deeper.

In the village, look for Alphonso and tell her about Rana’s condition. However, Rana will start to disappear once you return back to her in the cave. Strange green particles will appear and lead you outside. Follow the trail and you’ll find Rana suspended in a Dendro sphere. A cutscene will trigger upon arrival and the quest for the Lost Child will be completed.

Upon completing the subquest Lost Child, players will receive the following rewards:

Not only that, they will complete the whole part 1 of the Woodland Encounter: Aranyaka and will the 2nd part of the story.

Check out this walkthrough video of ZaFrostPet to see how to complete this quest.