God of War Mods – How to Install Best Mods 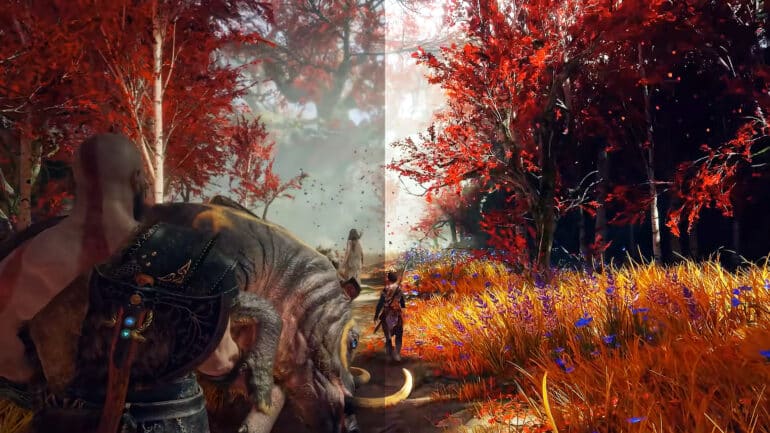 Now that God of War has been ported over to PC, it was just a matter of time before the modding community get to work on some mods on the game. Most of the mods that are out at this point have something to do with enhancing the graphics to the player’s liking through shaders, while some lets players get a better field of view.

First, a disclaimer: these mods require third-party programs to work so use them at your own risk. It’s always a best practice to create backups of your game files before trying out the mods.

How to install Visual Mods in God of War?

ReShade is a third-party program that lets players have more control over the graphics of a game beyond what its in-game graphics settings can offer. Just a few examples of settings that it can offer are ambient occlusion, depth of field, and color correction; you can get these even if the native game build does not have it built in its settings.

This supports a wide array of games, and you can simply follow the steps to install it:

You can then download other preset packs for different visual effects from mod repository sites like NexusMods. Once you’ve downloaded a preset pack, extract the .ini file then copy and paste it directly in the game’s folder.

You can check if you have successfully installed ReShade if you launch the game and see the ReShade bar on top as the game is loading. You can then access the ReShade menu by pressing the Home button on your keyboard. Select the effects that you’d like to apply and then hit Reload to apply them.

Check out this tutorial video made by Crussong:

How to change the FoV in God of War?

Because of how God of War is using just a single in-game camera all throughout the game, the devs have decided to not include a Field of View or an FoV slider for the graphics settings. FoV lets you see more of what is around the character from where the view is seen through.

Some players didn’t really like some of the close-up scenes in the game because it can sometimes be too close, which is why one of the first mods that was worked on for God of War was to tweak its FoV. The change, even with just a small increment, is highly noticeable and literally gives a fresh perspective that a lot of players might like. Though, this does not go without a hitch.

Even when using a reasonable increase with the FoV, asset clipping can be observed, which is very evident during cutscenes. So even as of this writing, the folks that worked on this FoV tweak are still working on how to limit the improved FoV only during combat and free roam. Nevertheless, it’s a visual tweak that is worth checking out.

This FoV tweak requires the use of the Cheat Engine program, which should not really be a problem since Game of War is just a single-player game. Check out this Reddit post for more details on how to change the game’s FoV.

You can also watch this video by DEAFPS to see how the increased FoV looks like:

If you liked this guide, check out our other God of War articles: