God of War Ragnarok – Cure for the Dead Favor Walkthrough 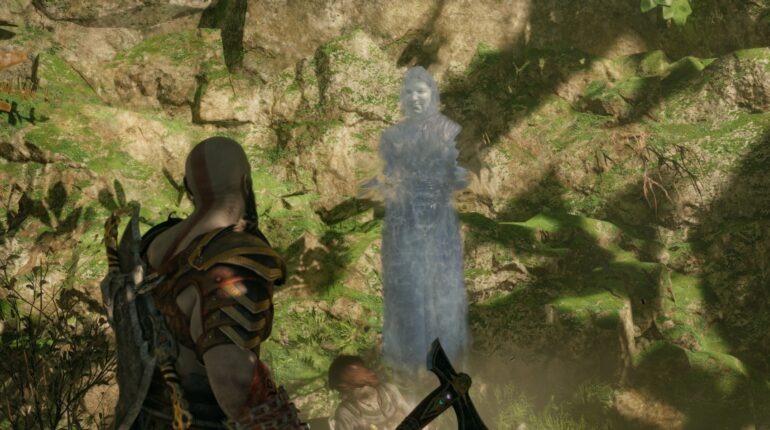 Cure for the Dead is among the various favors you can find in God of War Ragnarok. This is part of the series of side quests found in Vanaheim, which is needed to complete Svartalfheim’s Amulet Enchantment Set. Read on, and this guide will go over everything you need to know to complete the Cure for the Dead Favor/side quest, including some tips and solutions along the way.

How to Unlock the Cure for the Dead Favor?

The Cure for the Dead favor can be unlocked by speaking with the ghost Mari in Vanaheim’s hidden Region called Pilgrim’s Landing, which is only accessible once you’ve completed the main path: The Reckoning.

Cure for the Dead Favor Walkthrough

Find the Items the Spirit Seeks

You’ll be tasked to gather 3 specific ingredients for Mari’s cure. Turn around and head over a ledge you can climb, you’ll eventually find a locked drawbridge. Shoot Freya’s Sigil Arrows at the Fire to burn the vines, then use your axe to cut the chains and lower the drawbridge.

You’ll then find the first ingredient lying on the ground to your right shortly after lowering the bridge and climbing the ledge.

You will have to deal with another group of enemies as you continue ahead. Kill the imps first before dealing with the other enemies so they won’t be able to heal. Once dealt, collect the second ingredient from the puddle on your left, then interact with the Lore Marker a bit further ahead.

There will be another locked drawbridge ahead, but this is a little bit tricky to solve unlike the first one. There is a large chandelier suspended in the air to the right of the bridge. Break the chain then pull it to the right using your chaos blades to light up the right brazier.

Now use Freya’s Sigil arrows to link the fire to the left brazier, then swing it to the left to burn the vines. Lower the drawbridge afterwards.

Make your way across the bridge to get your hands on the third ingredient and a Legendary Chest, which contains the Grip of the Fallen Alchemist Axe Attachment. You can also find Odin’s Raven perched on a rock across the water to the left.

Return to the Spirit

Lastly, return and talk to Mari. This will wrap up the Cure for the Dead favor and yield Svartalfheim’s Fortune Amulet Enchantment.

Watch this walkthrough video by Backseat Guides for God of War Ragnarök’s Cure for the Dead Favor: