God of War Ragnarok – Conscience for the Dead Favor Walkthrough 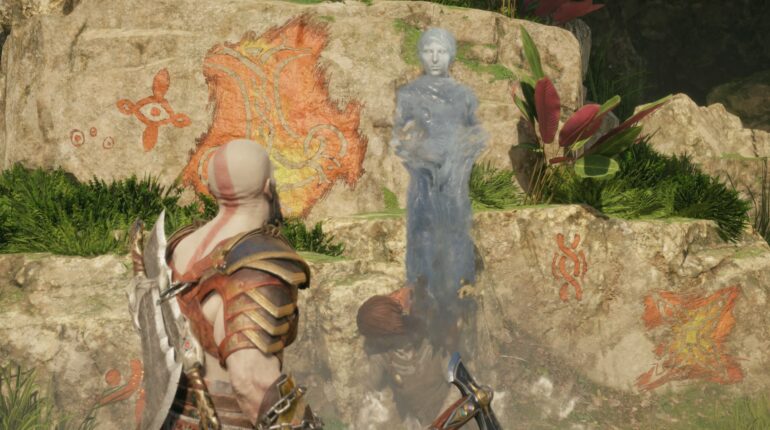 Conscience for the Dead is among the various favors you can find in God of War Ragnarok. This is part of the series of side quests found in Vanaheim, which is needed to complete Svartalfheim’s Amulet Enchantment Set. Read on, and this guide will go over everything you need to know to complete the Cure for the Dead Favor/side quest, including some tips and solutions along the way.

How to Unlock the Conscience for the Dead Favor?

Talking to Gunhild, a ghost that haunts the Cliffside Ruins, will grant you the Conscience for the Dead favor. Follow the steps in our The Mysterious Orb Favor Guide to commence this quest if you haven’t already.

Conscience for the Dead Favor Walkthrough

With the help of Freya, she’ll remove the tall rocks blocking the river path through a hidden region called Godess Falls. Get back in the boat and proceed along the river; when you get to the first fork in the path, take a left to enter a hidden area called The Veiled Passage. Once you’re inside the cave, dock the boat a bit further ahead from where you discovered the Mysterious Orb.

After stepping off the boat, collect the red chest behind the rock directly infront of you for Lunda’s Broken Bracers.

Now, destroy the plants and climb the wall to your left. Once you’ve reached the top, you’ll find a Lore Marker hidden in a niche to your right. After that, explore the ledge to your left and find Odin’s Raven sitting atop a branch.

Keep moving forward and kill the first group of Sadir Fanatics; a wooden barrier can be broken near the ledge up ahead by the second group of Sadirs, unveiling an artifact.

Speak to the Spirit

Get through the fog by freezing the poisonous plant, and then at the end of the tunnel you’ll find a chain that will take you back to the Cliffside Ruins on the other side of the drawbridge.

Before you cross the bridge, there is a Lore Marker to your right where you dropped down the chain, and another one of Odin’s Raven perched on a branch across the river.

You can also find a Legendary Chest beneath a ledge just off the drawbridge. you’ll need to link several Sigil orbs together, then set them ablaze with your Blades of Chaos to destroy the ores blocking it. See the image below for reference. Collecting the Legendary Chest will yield the Mists of Helheim heavy Runic Attack.

Finally, you can get back and talk to Gunhild by putting the bridge down. This will wrap up the Conscience for the Dead favor and grant access to Svartalfheim’s Honour Amulet Enchantment.

Watch this video by No-Nonsense Guides on Where to Find Preorder Bonus & Deluxe Items in God of War Ragnarok: