Godfall Challenger Edition: What You Need to Know

Here's all of the details you need to know about this new edition. 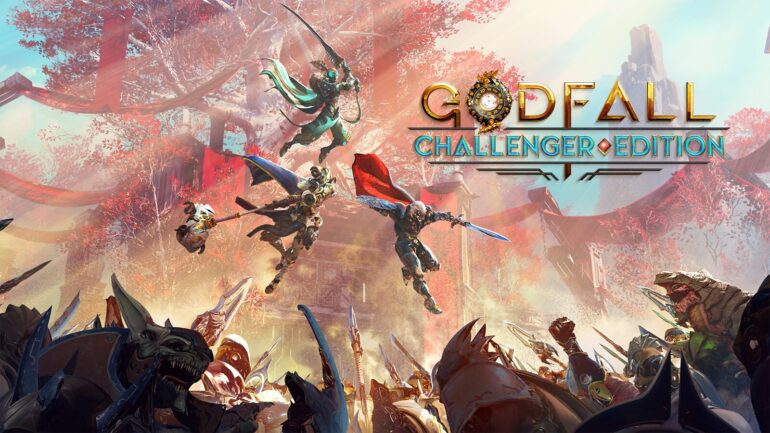 With the announcement of Godfall Challenger Edition, some interested players might be confused of its contents. Here are some of the nitty gritty details about this new version of the game.

Godfall Challenger Edition will be available on PlayStation Plus starting December 7, 2021 through January 3, 2022. This means players who have subscribed to PS Plus service are the only ones who can avail this version for free on the PlayStation Store. No details yet as to what happens after this promo period.

In Challenger Edition, players can immediately jump to Player Level 50 if they want to. It will come with a lot of skill points and tons of deadly weapons for the Valorplates to choose from. You can still go through the game starting at level 1 but can level that via the three game modes being offered.

There are three game modes to enjoy in Challenger Edition. There is no campaign or story mode to try out and the new expansion Fire and Darkness is not available, but these modes will keep you busy.

Lightbringer is a battle against an all-consuming darkness that threatens to snuff out all light from the realms of Aperion. Players willing to persevere through selected banes will receive increasingly greater rewards – and face ever more challenging hordes until the blighted Heart of Darkness is banished in an epic final battle.

Dreamstones engage in randomized encounters by reliving the memories of Orin and gain unique rewards each time you play. The curses bestowed on the aptly named Cursed Loot tier can be lifted by completing challenges in Dreamstones.

Ascended Tower of Tials put your skills to the test in an ever more challenging climb to the top of the tower gaining boons and facing fierce bosses along the way in the pursuit of juicy loot drops.

Players of the original game get freebies once they try this out. The Challenger update will be installed for free as well and it comes with some goodies like new cosmetics for defeating the campaign bosses, and the ability to replay story missions, for grinding and such.

After completing the campaign, players will now have the chance to enjoy new Challenges with The Challenger update. They can gain access to the new quests, which are all unique challenges that will reward players with legendary loot.

Players both from the original game and the Challenger Edition can enjoy these new Challenger features.

Yes, players on PS4 and PS5 can play together in matchmaking and endgame co-op without any issue. They can also play together with the guys from the original game and on Challenger Edition.

The Challenger Edition can upgrade to the Deluxe Edition without any issues. With the Deluxe Edition, they can play the campaign mode and the new expansion Fire and Darkness. It also comes with weapons, items, and unlockable cosmetics.

Godfall Challenger Edition launches on December 7, 2021 for PS Plus members on PS4 and PS5.