Finally on the green team! 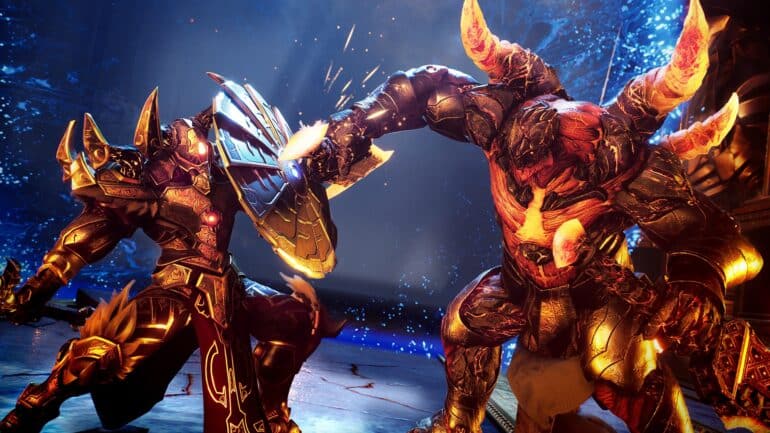 According to the newest video published on the official Xbox YouTube channel, GodFall Ultimate Edition will be available on Xbox One and Xbox Series X/S this coming April 7, 2022. The once timed exclusive to PlayStation consoles is now available on Xbox.

Godfall Ultimate Edition is the complete and best version of the game. It will include all updates and improvements since its launch and now in just one package. It will include the base game, Fire and Darkness Expansion, and the Ascended and pre-order Cosmetic Packs.

Godfall is set in Aperion, a land on the precipice of ruin. You are the last of the Valorian knights, a god-like sect of warriors able to equip Valorplates, legendary armor sets that transform wielders into unstoppable masters of melee combat. Utilize breathtaking weapons to climb through the elemental realms of Aperion as you tear through foes and challenge the mad god, Macros, who awaits you at the top of the Skybreaker Monolith.

Godfall Ultimate Edition is now available on PC, PS4, and PS5. Xbox One and Xbox Series X/S to launch on April 7, 2022.