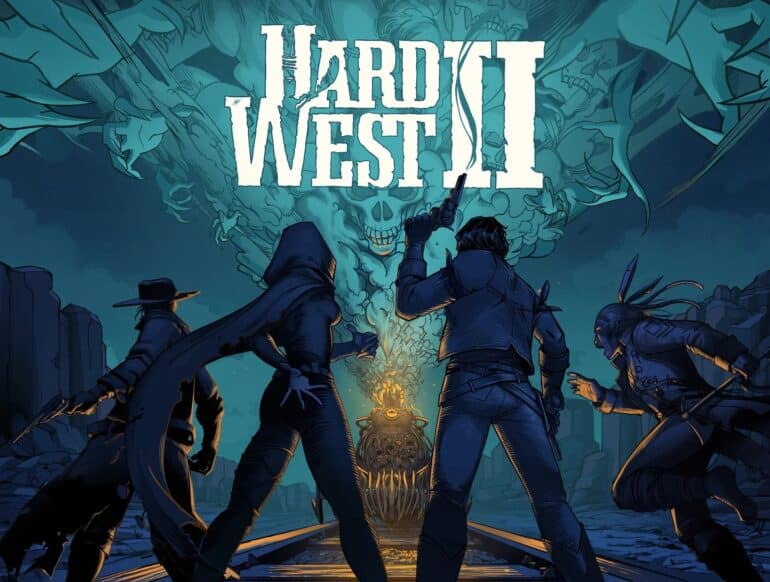 Good Shepherd Entertainment and Code Games just recently announced the release of Hard West 2 today on PC via Steam and GOG.com for £23.99, with a 10% launch week discount available until August 11, 2022. Players battle both the living and undead through the lawless American landscape in this supernatural sequel to the hit turn-based strategy game.

When first-class con man Gin Carter raids a legendary “ghost train” in search of gold, he discovers it haunted by the Devil himself! Now Gin must lead a posse of extraordinary outlaws to save his soul in a land claimed by darkness.

Hard West 2 aggressively ups the ante on the usual tactics gameplay experience, with multiple ways to go on the offensive and change the tide of a fight to your advantage based on your posse’s configuration, skills and traits. Each kill will activate your Bravado and refill your Action Points, so you can keep the streak going with the unstoppable force of a steam train.

With careful planning and positioning, a clever player can blow a hole through enemy lines and lay waste to the stragglers before they even have a chance to take their turn. The most minor decisions can have an explosive impact in the blink of an eye, rewarding creative thinking and skillful execution at every opportunity.

A few key features of Hard West 2 include leading a supernatural posse, an explorable frozen wasteland flavored with the danger of both living and undead, and superb voice acting from Kevin Conroy, Darien Sills-Evans, and Adam Glifford.

Hard West 2 is now available on PC via Steam and GOG.com.