Starting February 25, you can listen to some of the best music Horizon Forbidden West has to offer. 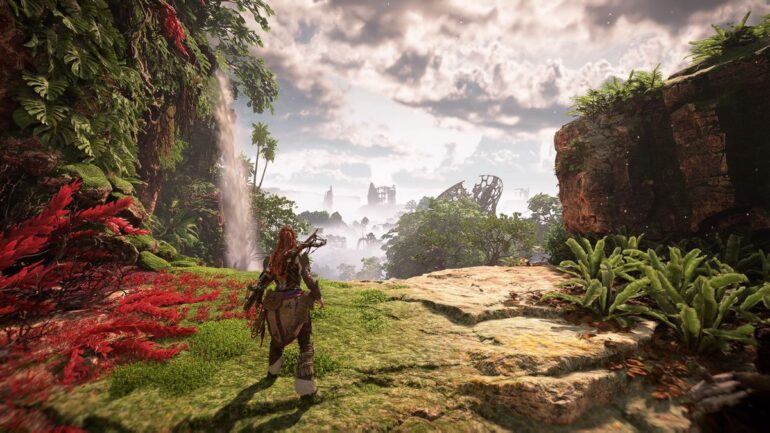 You’ll be able to stream all available Horizon Forbidden West soundtracks starting February 25, 2022. Guerilla Games has partnered up with Sony Music to be able to deliver scores on all streaming platforms so you’ll be able to revisit any soundtrack that caught your fancy anytime you want.

The Horizon Forbidden West soundtracks will be released in three volumes. The first Volume will arrive on Friday, February 25. This Volume will include Aloy’s Theme which is a reimagining of her iconic score from the first game with the vocals done by Julia Elven. The first Volume also includes the opening music, In the Flood, which is sung by Ariana Gillis. In the Flood was originally composed by Lovisa Bergdahl and Oleska Lozowcuk who coproduced the score.

Volume’s 2 and 3 of the Horizon Forbidden West soundtracks will be releasing in the following month. Volume 2 will be available for streaming on March 11 and Volume 3 following a bit after on March 25.

The music supervisor of Guerilla Games, Lucas van Tol, did sit down with the composers of the game’s soundtrack to discuss the creation process for the music.

In their discussion, Niers van der Leest, Oleska Lozowchuk, Jorris de Man, and the composing duo, The Flight, talk about how they created Horizon Forbidden West’s music giving the players some valuable insight on one of the cores of the game. In the video they also discuss several aspects of Horizon Forbidden West that players might be interested in.

Horizon Forbidden West is out now for the PlayStation 4 and PlayStation 5. You can check out our review for the game here.