High On Life Boss Guide: How to Beat Skrendel Bros 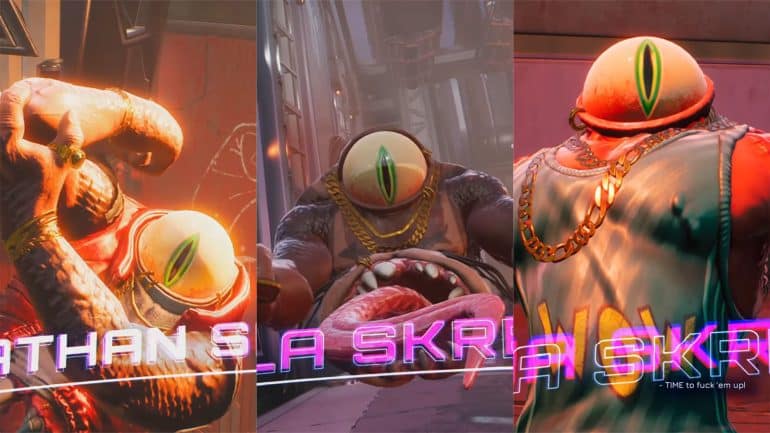 The Skrendel Bros are the fourth boss that players will have to face in High On Life. They are a trio of siblings who have distinct fighting moves and can coordinate with each other to combine into one fighting unit.

In this guide, we will be talking about strategies on how to defeat the Skrendel Bros in High On Life.

How to Beat Skrendel Bros in High On Life?

You’ll first encounter each of the Skrendel Bros starting from Jonathan, Angela, Mona, and then end up fighting all three of them at once. Most of their attacks have wide hit ranges that can cover almost the entire arena and rarely do they hit with melee attacks. Listed below are their attacks and how to evade or counter them.

Once Mona has been defeated, all bros will gather together and combine into Bro-Tron who has stronger attacks and combos that seem to be a mixture of all the bros’ moves. After dealing enough damage to Bro-Tron, it will disassemble, allowing you to deal damage to each bro.

At this point, each bro will have their own HP bar and you will need to concentrate your attacks on one bro to kill them. After killing one, the remaining two will recombine and you have to fight two-thirds of Bro-Tron again. After disassembling the second time, you can then kill both remaining bros and finish the fight.

Once the fight is over, you’ll receive the Who’s The Boss? achievement.