How to Get Weed Stems in Grounded 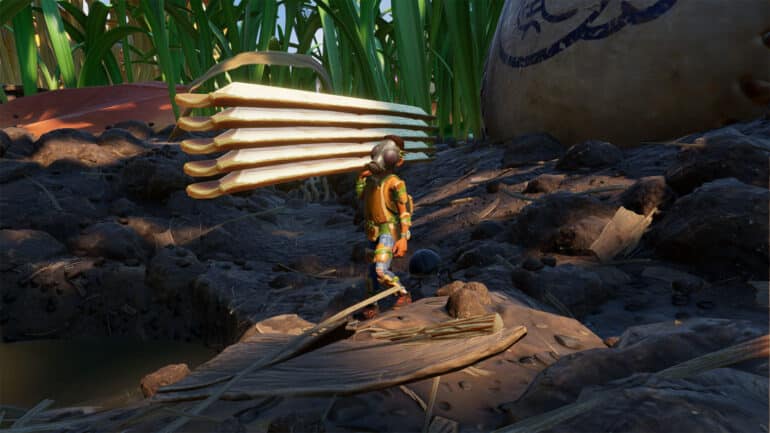 Weed Stems are resource materials that are used in a lot of base building parts in Grounded. Usually, they’re either used to make grass walls, floors, and rooftops a bit more sturdier, or a bunch of these stems can be used as a building part on its own. Starting players may find it a challenge to find where to get Weed Stems from if they don’t know which plants to hack down.

In this guide, we will talk about Weed Stems and where to obtain them in Grounded.

How to get Weed Stems in Grounded

In the starting area of the game, Weed Stems are not as abundant as Grass Planks, but they can still be obtained early on in the game. To get Weed Stems, you need to chop down any of the following weeds:

If you’re not really savvy about weeds, no worries, we got you.

Dandelions can be found growing within the patches of grass, and you can tell that it is a dandelion if you see either the yellow flower or white tufts on the top of the plant. You can also tell if the stalk that you’re looking at is a dandelion stalk without looking up if you see a couple of wider leaves at the base. You will only need to use a Pebblet Axe to chop down a dandelion.

Husky Weeds are more commonly found within the yard in the starting areas. These weeds look like a small sapling with brown stems and smaller round leaves. The catch is that chopping down this weed requires a Tier II axe such as the Insect Axe. Despite yielding fewer amounts of Weed Stems than the dandelions, husky weeds are more abundant in the yard.

Bur Weeds can be found growing in the yard once the Weed Killer has been sealed and the Haze has been dispelled. Chopping one requires a Tier III Termite Axe. They also drop Spiky Bur which is another high tier building material, which means you can transition in using your Weed Stems to craft more palisades for your defenses.

Aside from building base parts and palisades, Weed Stems can also be used for other utilities like the Garden Patch, the Dew Collector, and the Grinder. It can also be used for other defensive items such as the Turrets and Spike Strips. It is also an essential material for making Ladders and even Zipline Anchors which help in vertical movements throughout your base or within the yard.

Though the Weed Stem can be grinded into a Plant Fiber, it’s not quite an efficient option as compared to simply gathering Grass Planks or Clover Leaves.

If you like this guide, be sure to check out our other Grounded articles:

Check out this video by Torak showing how to farm Weed Stems: