Ants are Causing Frame Drops in Grounded… or are they?

You don't need to check the insides of your consoles for real ants. 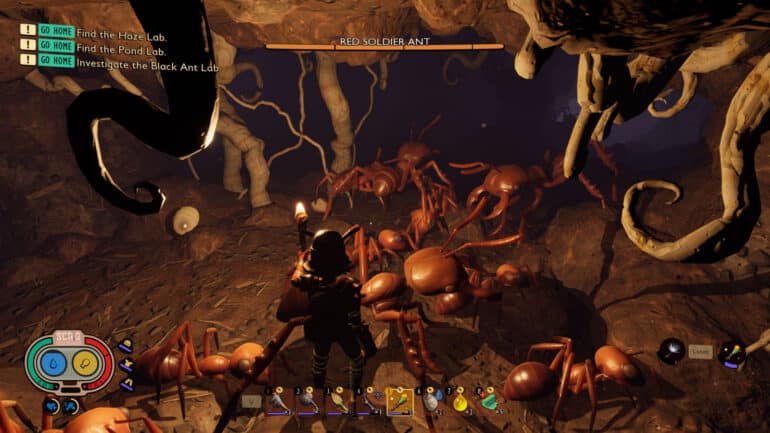 Recently, many players of Grounded have been experiencing sudden frame drops in their game. After tweaking with the graphics settings with little to no improvement, some players have discovered that the ants in the game have been piling up unusually large amounts of food pieces in their ant hills; from hundreds to even thousands of pieces coming from some players’ experience.

Food pieces in Grounded are their own entities in the game when loaded and left on the ground, which is why hundreds of them piled up somewhere in the yard would cause some performance issues.

But the case is not yet solved because some patient players have spent time and effort picking up the food pieces, but the frame drops and stuttering still persisted. Which is why players are now suspecting that the recent 1.0.4 update may have unintentionally caused the stuttering issues.

Thankfully, the Grounded devs have been informed about this issue and is now currently working on a fix, as shared in this Steam thread. The devs have also recommended to collect any food pieces you find in the wild or in the ant hills and trashing them through the inventory to help alleviate the severe frame drops.

Though this issue hasn’t been fully resolved yet, we can hope that the game will roll out a hotfix patch that will address the issue.

If you like this article, be sure to check out our other Grounded articles:

Check out this video by muyskerm showing some early game experience in Grounded: