How to Play Taz MultiVersus

Learn to play as Taz in MultiVersus. 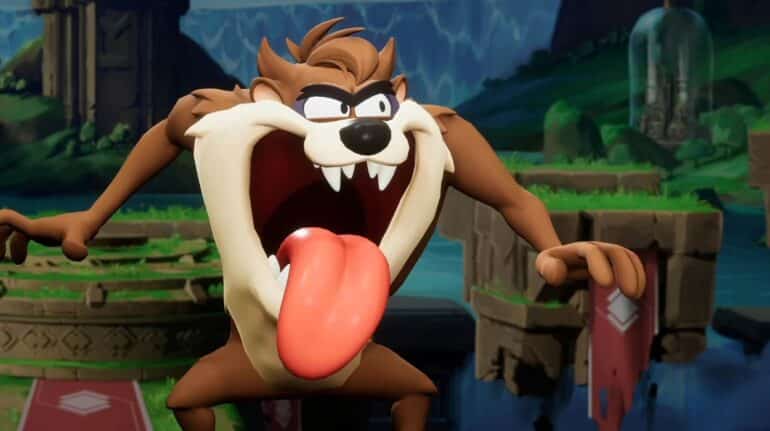 Taz MultiVersus as a fighter is one of the most nimble and aggressive characters in the game. This Looney Tunes character has established himself as one of the series favorite and in MultiVersus he’s an excellent pick. This cartoonish Tasmanian Devil can harness the power of destructive force to push competition out of the way, literally. Learn how to play as Taz in MultiVersus.

Taz is an aggressive brawler, often putting himself directly in front of combat. This cartoonish character may be known for his comedic antics in Looney Tunes but he gives no respite to foes in a fight. Harnessing his power to spin and other forms of attacks, he can leave the enemy teams disoriented and flying.

Amusingly enough, Taz can transform enemies into chicken. An ability unique to him that has yet to be seen in the actual cartoon. This may be due to how he has once tried to cook Bugs and other characters in a similar way to that of a tasty chicken meal. Either way, it’s a pretty useful skill.

Taz MultiVersus is a great fighter that can debuff enemies by stacking them with Tasty. Enemies inflicted with Tasty will turn to a chicken for a few seconds. They can’t do anything during that period but run around and dodge attacks allowing Taz to put himself on the offensive even more.

Taz will gain perks as you play as him and level him up. Here are all the Taz MultiVersus perks:

Taz is probably one of the best fighters in the MultiVersus game. He’s actually at the top of our MultiVersus tier list. Taz is aggressive and has attacks that can knock enemies reliably out of the ring. He can practically turn anything into a projectile thanks to his Chew em up, Spit em out special ability.

Despite Taz’s aggression, he does require coordination with this team to function in full. If you have the I Gotta Get In There in there perk, make sure to let your teammates know that they can join in. He can even buff them with haste thanks to his Taz-nado ability.

When fighting as Taz, focus on singling out a particular character in team fights. The more Tasty stacks the higher the chances that they’ll turn into a helpless piece of meat that can run around and do nothing. This lets you pile more damage in or eliminate a fighter from the opposing team for a few seconds.

That’s our guide for How to Play Taz MultiVersus. We hope you found this article to be informative. For more MultiVersus content, stay with us!

Check out this Youtube video from Maximillian Dood playing as Taz in MultiVersus.