How to Solve the Lava Pits in Tower of Fantasy

A guide about Lava Pits in Tower of Fantasy. 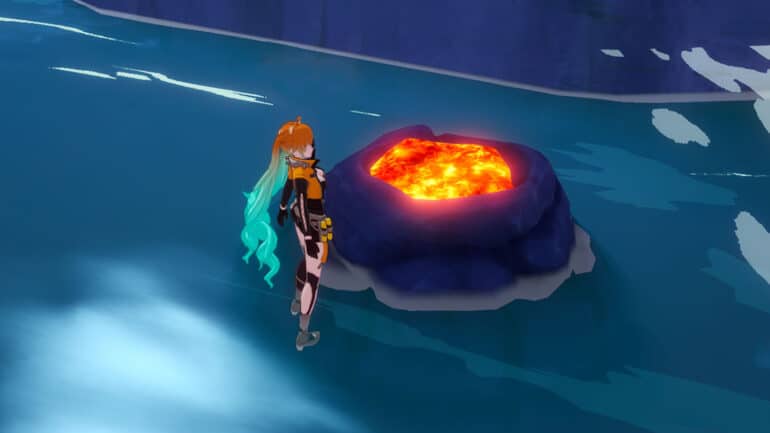 Lava Pits are one of the points of interests that players can find while exploring in the open world of Tower of Fantasy. These natural geological features may look dangerous, but when handled correctly, they can become literal wells of treasure.

In this guide, we will talk about Lava Pits and what to do with them.

How to find Lava Pits

Lava Pits can be usually found on rocky surfaces, either on the ground or on a side of a cliff. They look like a small geyser which is either filled with lava or it’s empty. They are marked similarly to other points of interests on the minimap (diamond markers).

How to deal with Lava Pits

If you spot a filled Lava Pit, hit it with any Frost weapon (Meryl, Tsubasa, Hilda, Ene) to freeze up lava and reveal the reward inside, which can either be a Black Nucleus or a Gold Nucleus.

Some Lava Pits show up on the side of a cliff which can be hard to hit or get. It’s best to use Hilda’s projectile attack and then try to climb up higher than the pit so you can simply descend slowly. An easier way is to use the jetpack to make the descent slower and make grabbing the nucleus much more manageable.

If a Lava Pit that you have encountered for the first time (marker still appears in the minimap) is empty, then you will have to wait for it to be filled up. Points of interests in the latter regions are usually time-gated and require players to wait for a couple of hours to a couple of days before they can be interacted with. Simply leave a pin on the Map so that you can easily find it the next time you visit it.

Check out this video by WoW Quests showing how to deal with the Lava Pits: