How to Unlock Anna in Disney Dreamlight Valley

The Valley also needs a queen. 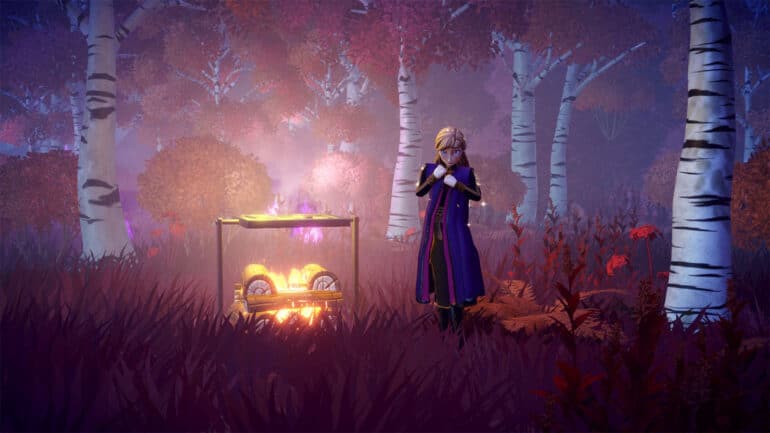 Anna, or should we say Queen Anna, is the sister to the Snow Queen Elsa and is now the ruler of Arendelle. Prior to the events of the Forgetting, Anna once visited and lived in Dreamlight Valley. While back in Arendelle, Kristoff went away on a journey and never came back, prompting Anna to be worried and go search for him.

In this guide, we will be talking about the steps to unlock Anna in Disney Dreamlight Valley.

Before you can unlock Anna and the rest of the other Disney characters, you must first gain access to the Dream Castle. In order to do this, you will have to progress through Merlin’s quests until you unlock The Dream Castle quest where you have to remove the Night Thorns that block the castle’s entrance.

After unlocking the Forest of Valor, you can then head to the upper level of the castle where you’ll find the door to the Frozen Realm still covered in thorns. Removing the thorns will cost 4,000 Dreamlight. The Frozen Realm will allow you to unlock Anna, and eventually Elsa.

How to unlock Anna in Disney Dreamlight Valley

As you enter the Frozen Realm, you will see Anna and the forest behind her in flames. Talk to her and she will ask you to go find her friend Bruni to stop the fires from spreading.

Before heading out, Anna will give you the Fireproof Gloves for protection; wearing it is optional. Using your magic watering can, douse the flames that block the path ahead. You do not need to douse every flame, only those that prevent you from progressing to the end of the path.

Bruni is Anna’s friend and is also the Fire Spirit. It got stressed out and started spreading fires left and right. You will see Bruni as a white glow on the ground that zips through the grass very quickly. Try to capture Bruni by getting close to it and pressing the interact button when it is in range. Once caught, head back to Anna to get the next task.

Step 3: Cook the Stone Soup for the Earth Spirit

Nest, you will see a huge boulder that blocks the path, which turns out to be the Earth Spirit taking a nap. To wake it up, Anna asks you to cook Stone Soup using some rocks that can be found in the area, and some spices. You may have to travel back to the valley to get the spices. Here’s the recipe:

Use the cooking station near the entrance of the realm and then bring the soup over to the boulder and place it on top of the stone pedestal. The Earth Spirit will then move out of the way, allowing you to proceed forward.

You will then find that the path ahead is impassable because of the rocks and potholes that cover the ground. You can use either your pickaxe or your shovel to break the rocks or cover up the potholes, respectively. Using just either one of those tools will be enough to clear you a path to the next destination.

Step 5: Fish out Anna’s Engagement Ring from the pond

You will then arrive on the of the river where you can see Elsa standing on the other side. However, the Water Spirit is all riled up, making crossing the river very dangerous. The pond nearby is not affected, so you inspect why it is so.

Use your fishing rod to fish out shiny thing that is in the pond. It will turn out to be Anna’s engagement ring, and giving the ring back to Anna will calm the Water Spirit down.

You can then talk to Elsa who is busy trying to calm down the Wind Spirit that has caused a tornado in the middle of the forest. To do so, she asks you to create 3 wind chimes and place it around the tornado. She will then give you 3 Twines that will be needed for the chimes.

To create Wind Chimes, you will need:

These will be enough to create the 3 wind chimes that Elsa needs. Head back to the forest and look for the trees near the tornado that are sparkling. Interact with these trees to put up a wind chime on them. Once all 3 chimes are up, you can then talk to Elsa to complete the task.

Finally, you can talk to Anna, choose a few more dialogue choices, and she will be convinced to go back with you to the Valley. Unlike the previous unlockable characters, Anna will not need to have a house placed in the valley as she will use the Ice House in the Forest of Valor as her home.

Completing her first quest will give you an upgraded shovel called the Shovel Blade that lets you remove tree stumps from the ground.