How to Unlock Maui in Disney Dreamlight Valley

You can invite a demigod to live in the valley. 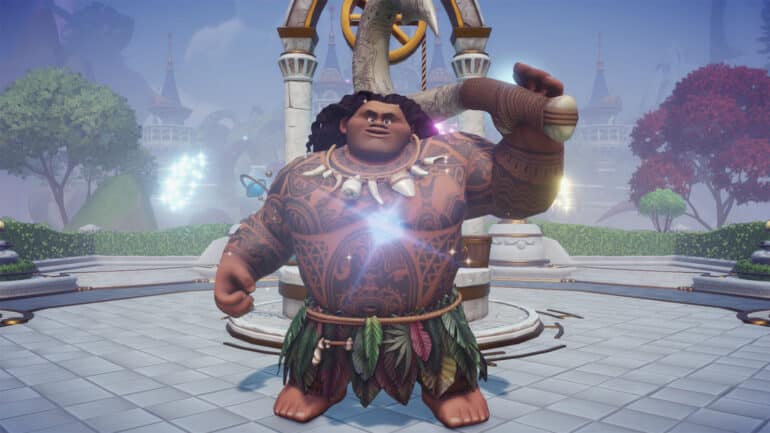 Maui is the egotistical demigod that caused it all when he stole the heart of Te Fiti. He has already learned from his mistakes upon meeting Moana and and is now living the rest of his demigod life among the people, but he still does not give up his self-centeredness. Nevertheless, Maui is still a welcome addition to Dreamlight Valley.

In this guide, we will be talking about the steps to unlock Maui in Disney Dreamlight Valley.

Before you can unlock Maui and the rest of the other Disney characters, you must first gain access to the Dream Castle. In order to do this, you will have to progress through Merlin’s quests until you unlock The Dream Castle quest where you have to remove the Night Thorns that block the castle’s entrance.

Once the Night Thorns have been removed, you can then enter the castle where you will see the first three Realm Doors which are still covered by the thorns. To unlock Maui first, you must choose the option to visit “the ocean with a demigod” which will take you to his realm. Alternatively, you can opt to unlock the other two characters first, which will require 3,000 Dreamlight shards each.

How to unlock Maui in Disney Dreamlight Valley

To unlock Maui, you must first complete the quest to invite Moana back to the Dreamlight Valley. After doing so, head back to their realm and talk to Maui. To convince him to come to the valley, you must bring him any three (3) 3-star meals.

After delivering the meals to Maui, he will be convinced to join you at the village once you find him a place to live. Head back to the village and open the Furniture menu to find Maui’s cove. You can then place the cove in a clear spot, even on water. Then, use the signboard to get Scrooge’s help to construct the cover for 5,000 coins. Once it is done, Maui will finally move in to the valley.