Is Metal Hellsinger on Game Pass? 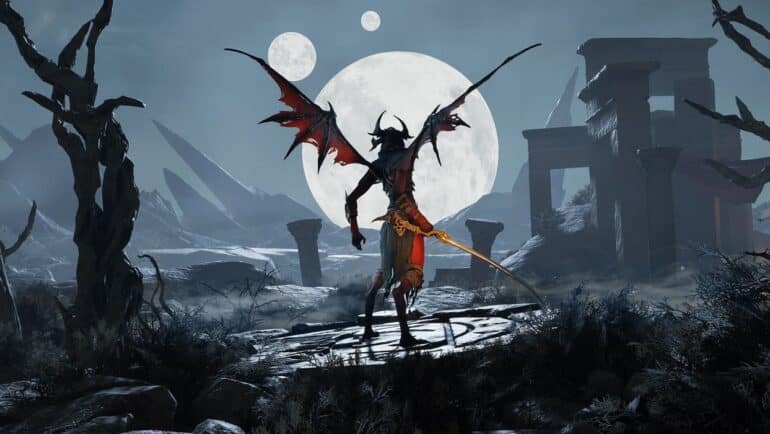 Metal Hellsinger on Game Pass is a chance to try out this awesome rhythm based slayer game where you play as a part demon extracting vengeance against the big red himself. If you’ve ever wanted to kill demons to the sound of heavy metal, DOOM isn’t the only contender in the block. Subscribers to Game Pass will want to know if Metal: Hellsinger is coming their way.

Metal: Hellsinger was added on the Xbox Game Pass as a day one released on September 15, 2022. This means players could play the game if they have a subscription to Game Pass as soon as it was available for purchase.

In Metal: Hellsinger you play as a part human, part demon called The Unknown as he rampages through the fiercest domains of Hell. Slay demon hordes in glorious FPS fashion while rocking to the beat of its original heavy metal soundtrack which is actually tied to gameplay. The more you are in sync to the beat, the more destructive you become.

Narrated by Troy Baker who is famous for his work in The Last of Us, Metal: Hellsinger isn’t all chaotic nonsense. It does offer an epic story putting the protagonist against the big red judge of hell himself.

If you’re not seeing Metal Hellsinger on Game Pass, you can need to change your PC’s regional settings to fix this. To do this, go to Settings, Time & Language, and then Region. We recommend setting it to United States if you’re missing any games.

For some reason, some games don’t display if you’re in certain regions. Changing your PC region seems to fix this.

Another reason you may not be seeing Metal Hellsinger on Game Pass is because you’re playing on Xbox One where the game is unavailable.

If all of this sounds familiar to you, that’s because it sounds quite similar to DOOM. Having Metal Hellsinger on Game Pass is a big boon to those who loved the power fantasy of being a force too powerful for even Hell itself to contain.

Want to see the gameplay of Metal: Hellsinger? Check out this gameplay video from Prod who shows off the game and all its glorious carnage.