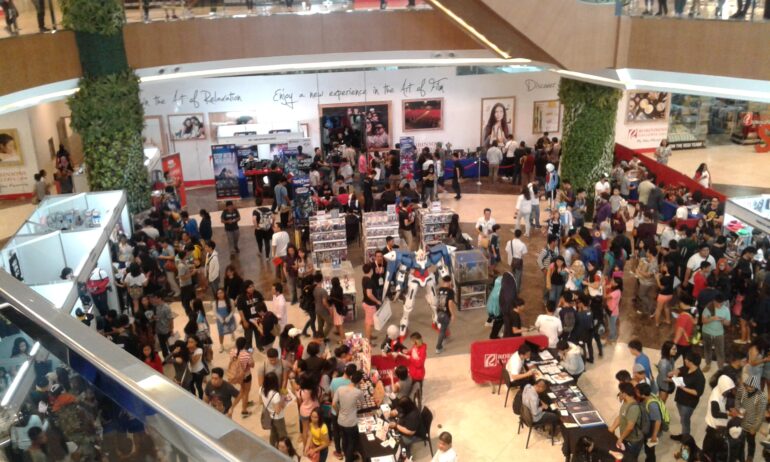 Sirus Gaming had the pleasure of covering ARCHCon 2017 here in Cebu.

It’s not every day that you see a crowd gathering to show their appreciation for pretty much anything they’re a fan of. ARCHCon hosted here in Cebu is a chance for creators as well as fans to show off their passion. 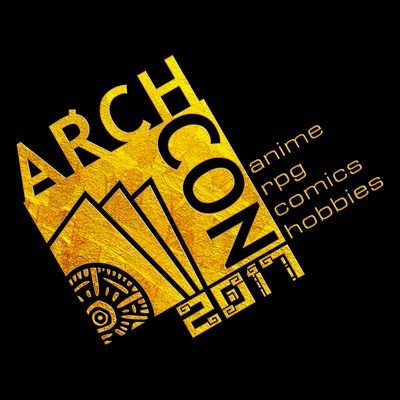 This year, ARCHCon was held in Robinsons Galleria on the 1st floor. Entrance tickets were about a hundred pesos per head with a discount of 20% off for senior citizens. Of course, as media personnel, we were able to enter for free in the early morning.

As the day went on, more and more people gathered, many gathering cosplay to the event and others being there for the tournament and wanting to try out games developers are putting on display. With so many people on board, ARCHCon certainly didn’t feel lonely.

In fact, there were so many people there, that it honestly felt a little too cramped. We were gathered in a rather small area and it felt like the place was filled to the brim there were barely any room to breathe. ARCHCon 2017 didn’t have much room for such a big event. 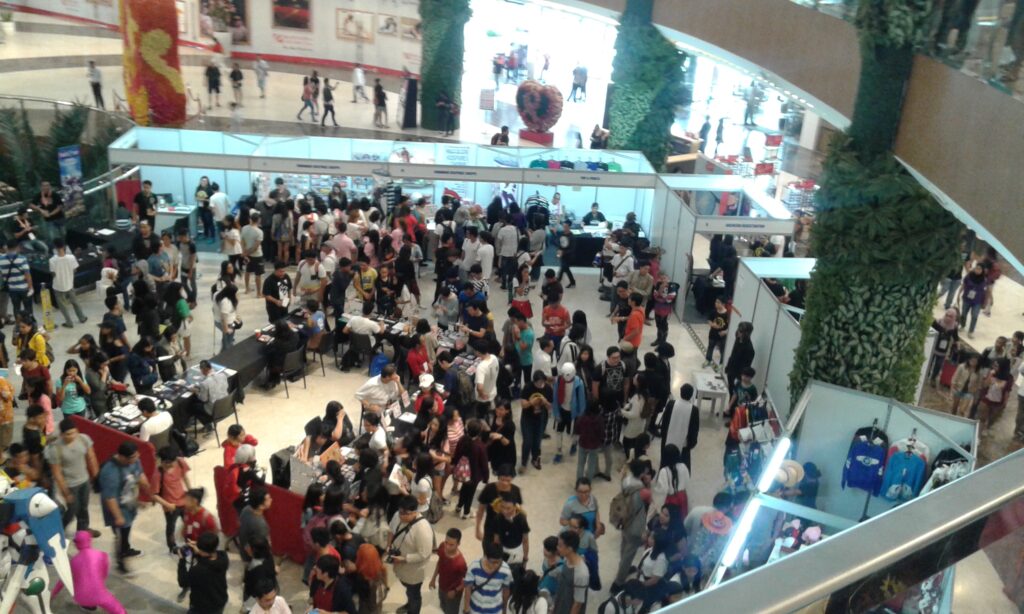 (These were just the early mornings…)

During the early mornings, we took a good look at the merchandise being sold at every booth. While there didn’t seem to be too many as we had hoped there would be, there was definitely an interesting variety of objects for sale of all kinds. From stickers regarding anime series, fan art of popular TV shows, and even plushies resembling…certain parts of the human body. 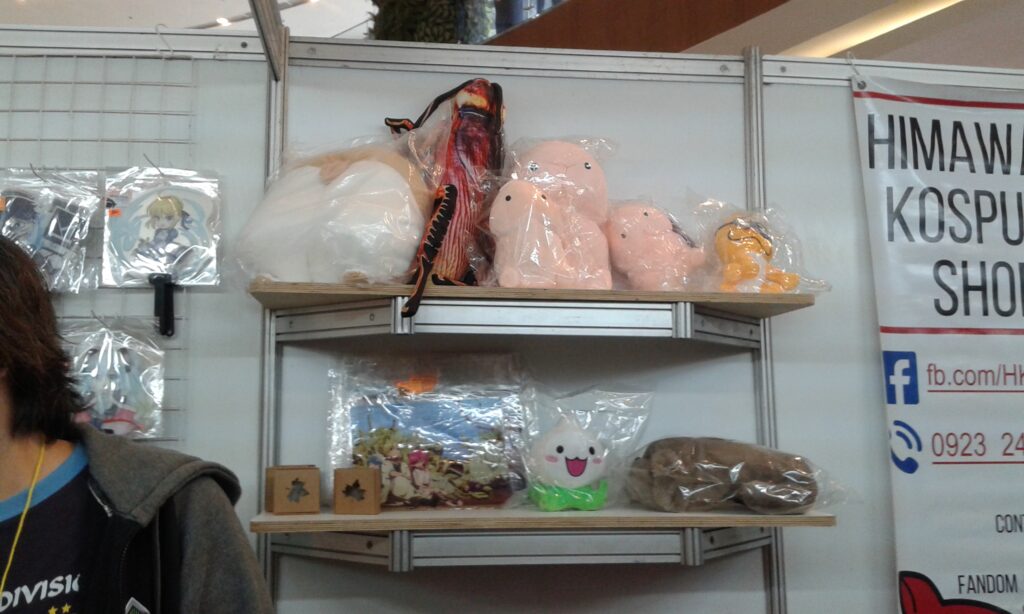 With everything being sold, definitely the main attraction were these plastic gundams that you would find were usually quite pricey. They had quite the selection to offer to those interested and were about 50% off. They even allowed customers to be able to assemble plastic gundams they bought in the back of the store.

They had a lot of pre-assembled plastic gundams around for display, even this big version of the most iconic gundam of all time right in the middle of ARCHCon. 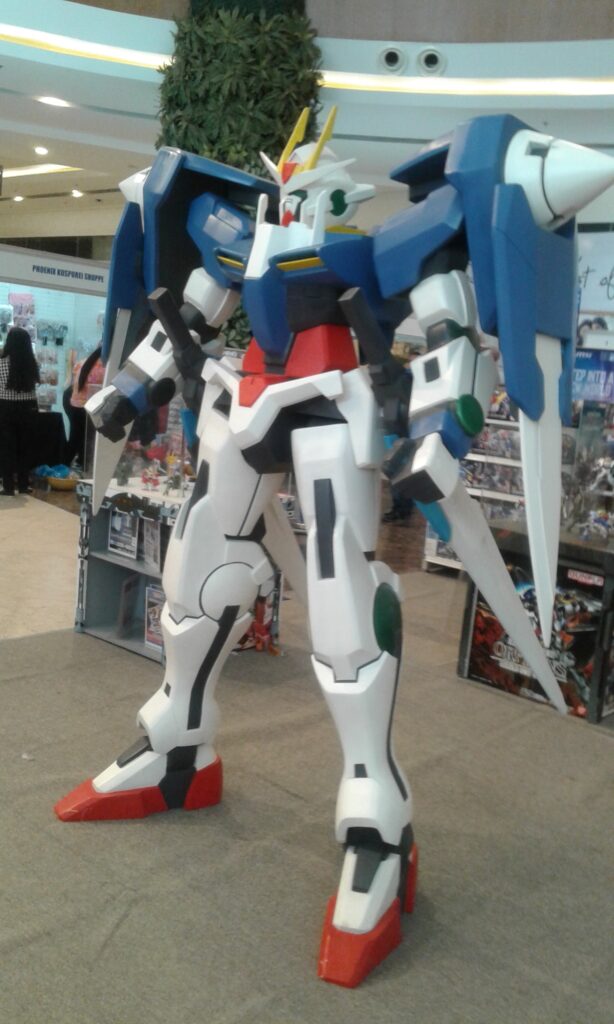 After we were done looking at the displays, we went further inwards to see the more electronic side of ARCHCon 2017. 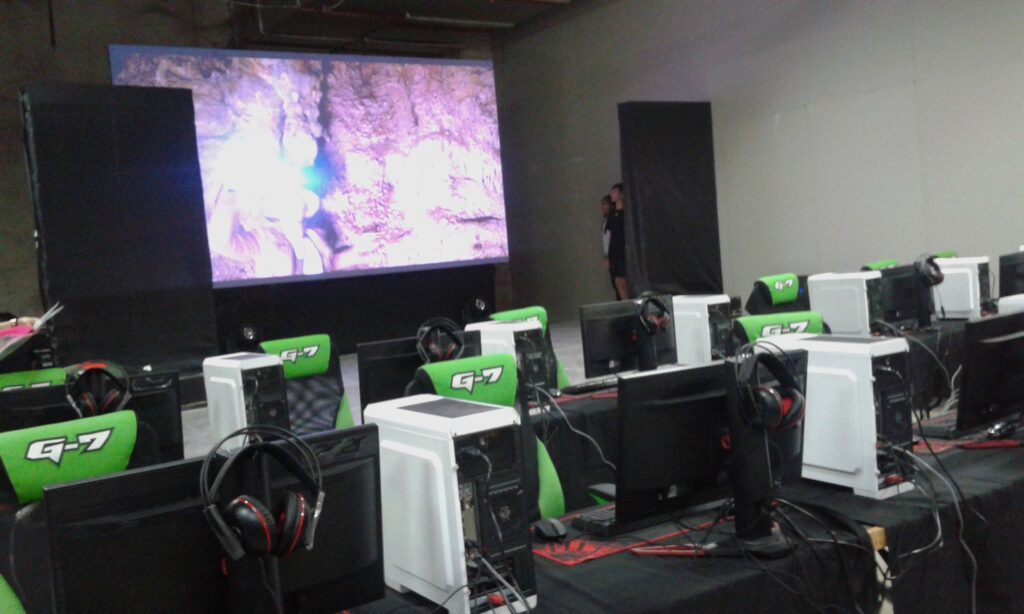 There were some rather high end computers on display by the side while game developers set up their made games for people to test on the other side. While it wasn’t quite a big room, and in all honesty, probably should’ve been bigger, it did the job well enough. But the entire time, it felt a little cramped especially much later during the afternoon when the tournament for League of Legends was held.

The first tournament that we witnessed was for Street Fighter V. Though, it seems that we have missed the actual tournament and were witnessing the finals between the two contestants who have made this far. 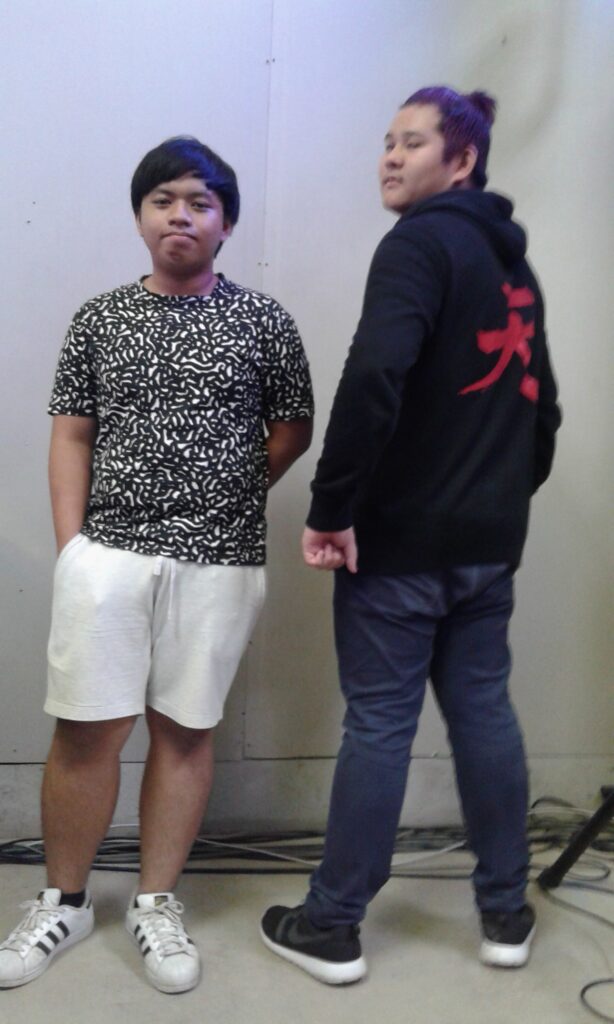 (On the left, Laurence. On the right, Kenneth San Miguel)

The game started off excitingly enough, with Laurence picking R Mika and Kenneth picking Akuma, which he will also later on use when he competes in the Tekken finals.

Winner would be decided by best of two. During the match, the yells of the crowd could be heard all around as it almost seemed as if both players were equally skilled with their chosen characters.

At the beginning, it seemed like Kenneth had a slight edge with Akuma and was expected for a narrow victory, but Laurence proved to be much more resilient and capable of adapting to his opponent’s tactics with R Mika’s wrestling maneuvers which looked fairly difficult to pull off. In the end, R Mika managed to win with an unexpected move from above using her partner on the final match where both players were low on health.

Laurence is the winner after a close match. 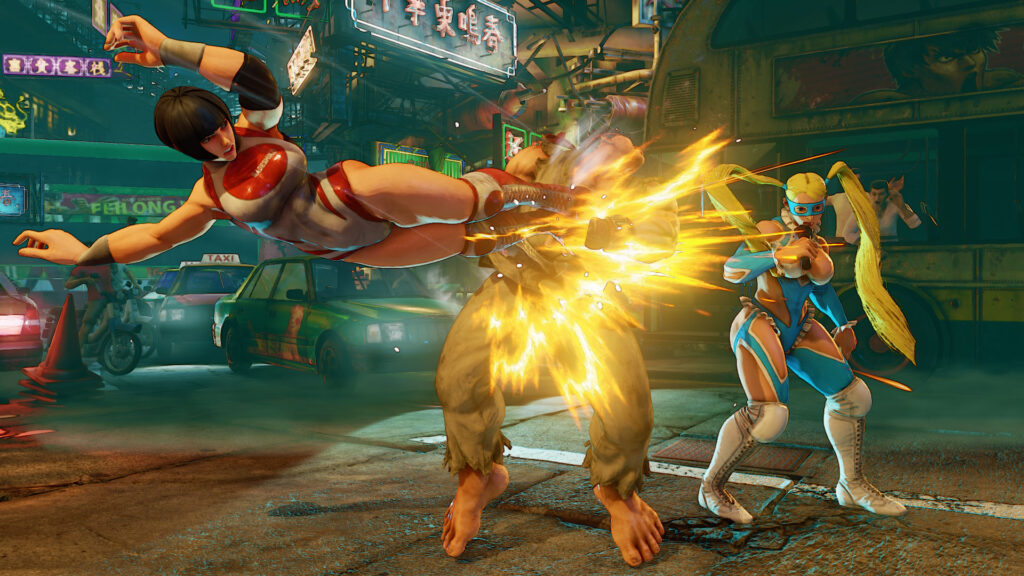 The next match we had pleasure of viewing was Tekken 7.

We were treated to a match between the champion of previous ARCHCon years, Gogoy, against a new challenger, GG, who is all the way from Bohol. Both of them using Xiaoyu. 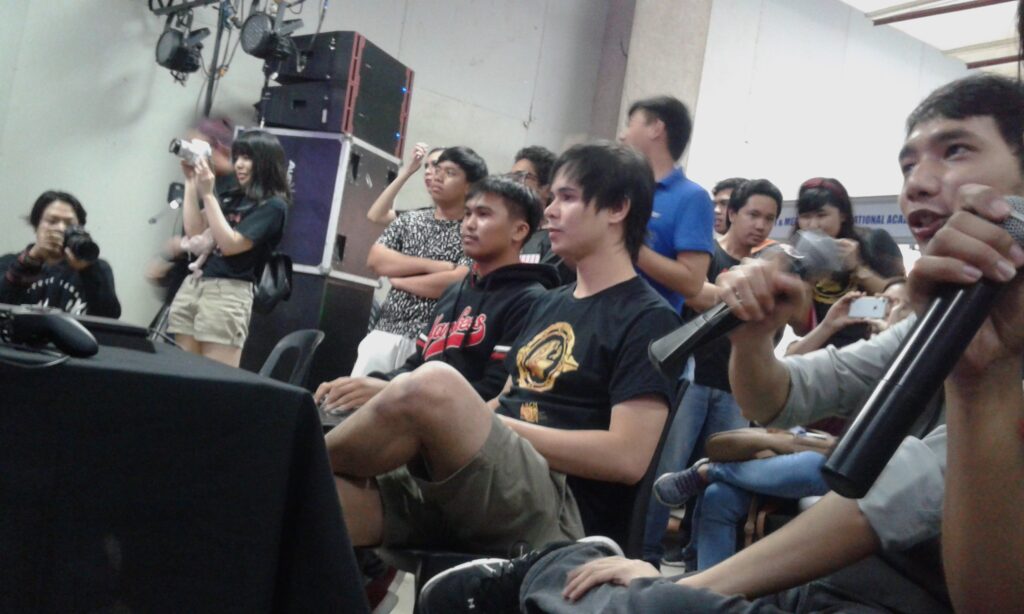 Have you ever seen a match where both competitors are fiercely trying to dominate the arena?

That’s the best way to describe what happened between these two. The both of them, despite using the same character, somehow wow’d the audience with intricate moves and adrenaline rushed battle pitting Xiaoyu against Xiaoyu to determine who was better at using her.

At the beginning and at the end, both of them seemed evenly matched. There was no telling who would win exactly. It’s as if they both knew how to make Xiaoyu dance.

The crowd could be heard cheering and roaring all the way outside as they played against each other. The final battle was decided by a rage art. GG used his to put an end to the match in fashion but was unfortunately dodged by Gogoy who countered immediately with a rage art of his own.

In the end, Gogoy wins against the challenger after quite a spectacular show for the audience. 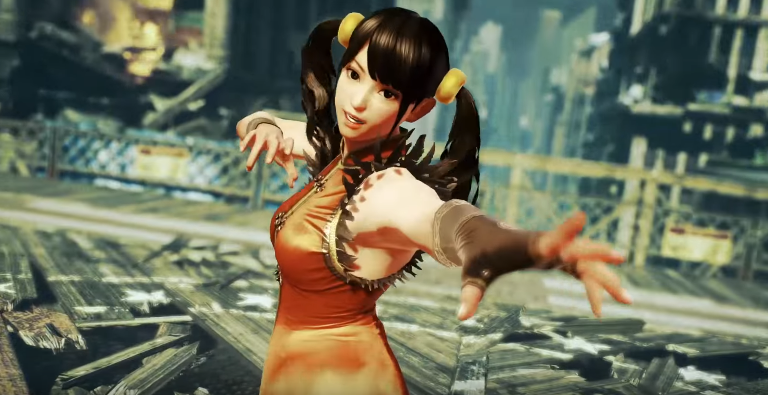 The rest of the day went off without a hitch. Tournaments for League of Legends, Overwatch, Supersmash Brothers, and Hearthstone took place late into the afternoon.

Organizers also took the time to catch a break for the audience in between each play to hand out prizes for specific ticket holders and other games which asked a person from the audience to bring them something.

Definitely the main winner of those games was a little boy who brought a Spiderman cosplayer on the stage and won a trip to Japan, courtesy of CebuLog, Cebu-Japan Tourist Center.

Speaking of cosplay, the contest for it took place around 4:30PM. There were many decent cosplays around each presenting their own gimmick paying homage to the character they’re dressing up as. 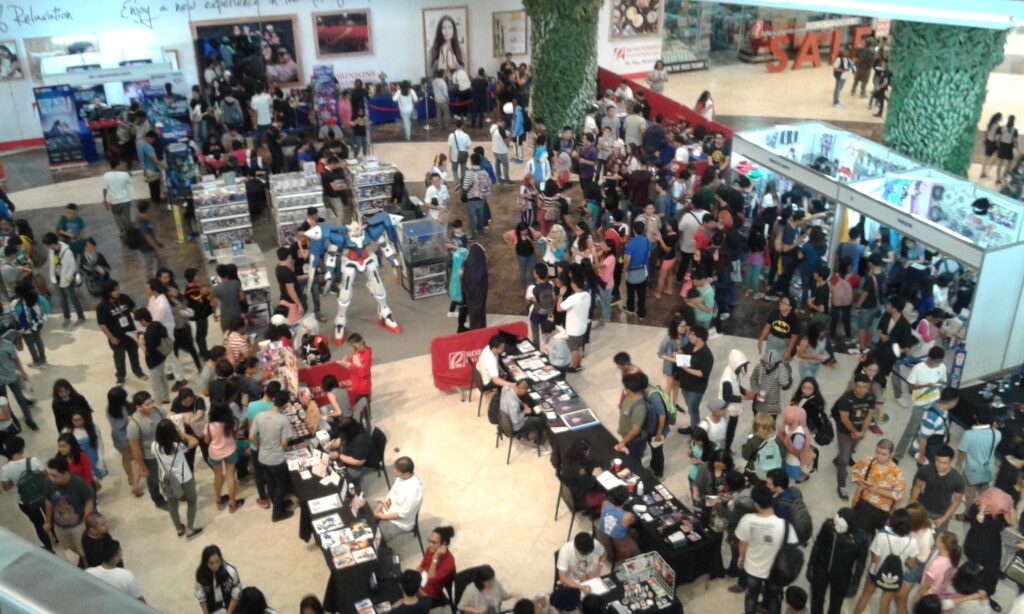 The first day of ARCHCon 2017 officially ended around 9 o’ clock in the evening. By the time we went home, we were rather tired from exploring ARCHCon all day, courtesy of having to stand and walk around the premises all day around.

We went out very much excited for the second day. We very much found a lot of things interesting  (namely the weirdly shaped plushy toys as well as the main tournament event), our sponsors are even there with their own booth. 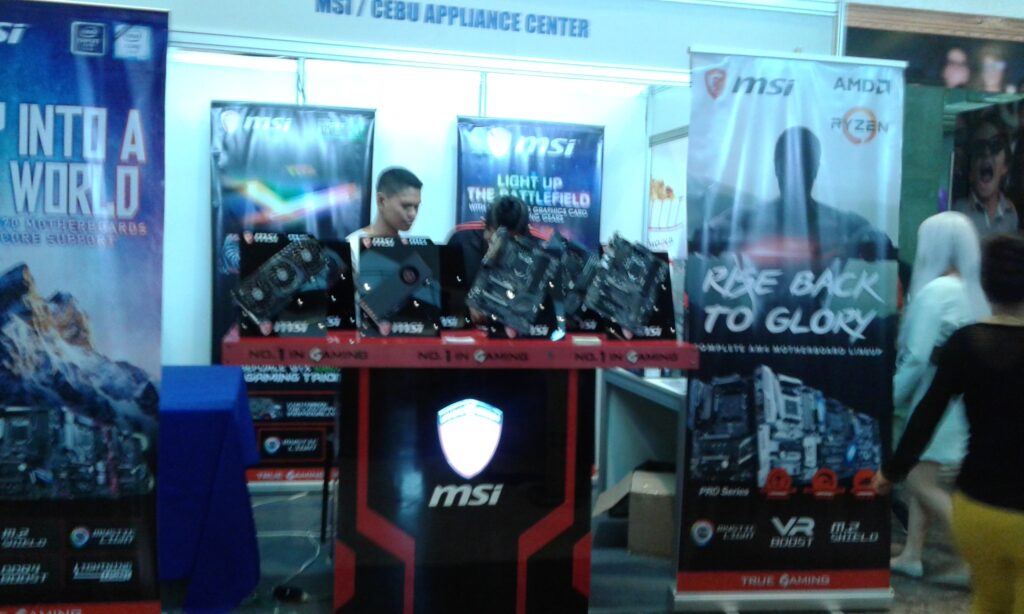