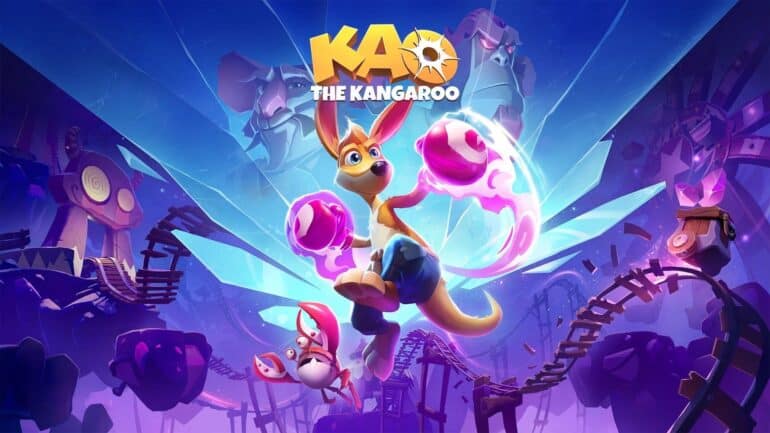 3D platformers have always stayed a special place in my heart. These kinds of games were the pinnacle of the industry in the early 2000s. The success of Crash Bandicoot, Spyro the Dragon, and Rayman encouraged a lot of studios to make their own 3D cartoony, adventure platformer games.

The popularity of the genre gave the people over Tate Multimedia, a Poland-based studio, to develop their own platformer, and here came Kao the Kangaroo. Our adorable Kangaroo, Kao (pronounced as “keh-yoh”), helms the spotlight as the protagonist in the year 2000. He wears boxing gloves to fight off enemies in combat. It’s nothing that we’ve never seen in games of the past, the references of Roger, also a kangaroo with boxing gloves that first appeared in Tekken 2, is hard to come unnoticed.

While the game initially had mixed reviews for being too stale and for the lack of innovation, the game garnered its own fandom; and because of this, the Kao-fans have long awaited this new entry of the franchise.

After my long journey in Horizon: Forbidden West these past few days and the start of my driving lessons in Gran Turismo 7, I took a few hours of my time to explore bits of what the upcoming Kao the Kangaroo has to offer, all thanks to my love for platformers.

The demo for Kao the Kangaroo immediately puts you into the action of collecting items after learning a few basic controls from the menu in The Dark Forest level. The linear experience that platformers offer gives that refreshing feeling from big open-world triple-A titles.

I don’t have to think about intricate progression systems, or massive mechanical dinosaurs to take down; I just simply button smash on my controller to get my special attack meter fully filled to land a powerful punch with slo-mo effects that kicks back enemies and instantly kill some of them; and most importantly, picking up coins and diamonds.

There’s a fine line between its platforming and combat in the level I’m playing in, and when you’re all freed up from punching toad baddies, you can explore the area for coins, picking up diamonds, and looking for the KAO letters. The irresistible urge of picking up whatever comes out of destroying wooden crates and jars just comes out of you especially when you’re a completionist.

While I think that the platforming segments in Kao the Kangaroo demo felt a bit lacking, I can’t help but think what other levels Tate has in store for us aside from what was already shown in the game’s trailer. I’m excited to experience a couple of chase levels, even sliding down from the top of a snowy mountain.

The major visual overhaul of Kao the Kangaroo is long overdue. The level of detail is akin to other cartoony 3D platformers like Crash Bandicoot N.Sane Trilogy, Spyro Reignited Trilogy, and Yooka-Laylee. Fully animated 3D models with smooth textures and fully vibrant environments give Kao the Kangaroo its well-deserved fresh coat of paint. Simply put, the game looks amazing.

However, even with the massive visual upgrade, the game lacks a few polishes here and there. An instance where I had to fight a group of toads in an area where a band is playing froze for almost 5 seconds. I’ve experienced a few dips of frames when the game tried to load some assets even if I’m running it on an AMD Ryzen 7 2600 8-core CPU, 16GB of DDR4 RAM and an AMD Radeon RX 6800 12GB at native 4K in Medium graphics settings with anti-aliasing turned off.

I’m guessing this is more of a storage issue as I installed the game on an HDD rather than on an SSD. But the fact that this isn’t a demanding game gives me the impression that it lacks optimization. We’re still far away from launch and I’m expecting Tate will fix some of these performance issues before it releases.

While I’ve never played a single Kao the Kangaroo game, the demo is enough for me to get excited.

Kao the Kangaroo (2022) demo is already available on Steam. The game will eventually come out in the summer of 2022 on PS4, PS5, Xbox Series X|S, Xbox One, PC, and Nintendo Switch.