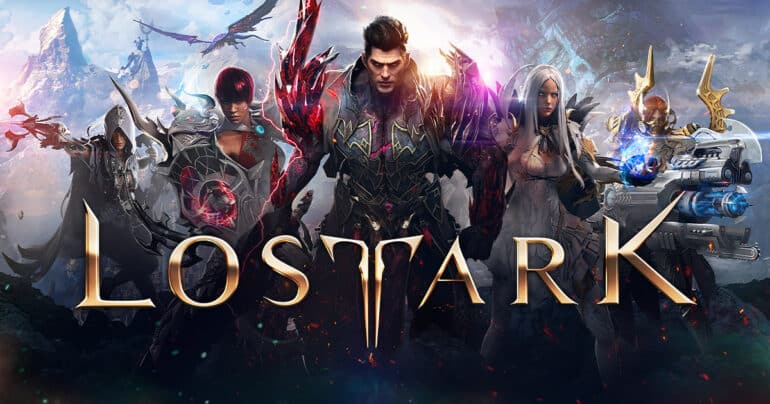 The buzz for Lost Ark nerfs has been building for some time. Another game published by Amazon Game Studios, the game has a party system similar to that of any other massively multiplayer online game (MMO).

They’ve already listed some of the fixes and other areas they’ll be addressing in the fresh new March 2022 content release!

Amazon Games and Smilegate seem to be planning to make adjustments, which can be found in the Lost Ark Nerf Patch notes.

Even before it got released to the public, Lost Ark gained a large player base. It then got the biggest game launches of Steam since it is free-to-play. Unfortunately, it seems the developers have other plans for the game as it is now “rebalancing” the difficulty of the end game content.

The end game content that will be nerfed are T1 and T2 Guardian and Abyss Dungeons, which are the most sought out sections that offer tons of drops. While some players love the challenge, it seems some players are not having fun at all due to the difficulty spike. Check out the patch notes below for the full explanation and details.

Difficulty is a hot topic when it comes to Lost Ark’s endgame content, and we’ve seen a lot of feedback around specific raids and dungeons that have left players feeling like they are more tedious than fun. In response to this feedback, we’ll be adjusting the difficulty of the following T1 and T2 content to make things a bit easier.

Amazon Games and Smilegate announced that they will be lowering the difficulty of some T1 and T2 content for players.

These changes are based on data and feedback, including game data showing low participant success rates, with some raids and dungeons completed by less than 10 percent of players.

“We recognize that players can practice and develop over time, but we want to make sure that new players have fun learning and progressing rather than getting discouraged and abandoning up. This adjustment does not imply that future content will be easier. We recognize that the appeal of T3 and late-game content is in its unique and tough mechanics, and we don’t want to change that,” as per the Devs.

Because Lost Ark is a live game, gathering input and generating updates is an ongoing process.

Here are the raids and dungeons that will be changed — the adjustments will be detailed in this week’s patch notes.

Hall of the Twisted Warlord

*Weak Point is a mechanic which requires players to break a part of the enemy (such as shields, shells, wings etc.) or target a specific area with abilities and battle items marked with the ‘Destruction’ keyword.

This update doesn’t merely adjust the difficulty. Rather, the focus is on improving tough patterns to better prepare players for Tier 3 endgame content.

Many players are still discovering and mastering advanced systems, from the Tripod System to customizing their playstyle with Engravings, Skill Runes, and Gems. Some players reach level 50 before discovering the diverse Tier 1 and 2 content simply by exploring Arkesia.

Other regions required players to stay in Tier 1 and 2 for a long time, as Tier 3 was not yet available. This meant that players had plenty of time to learn the patterns and progressing step-by-step around mechanics of the Guardians and Demons they met, leaving only a few monsters that proved difficult to overcome.

The time and progression necessary for Tier 1 and 2 has lessened as Lost Ark has advanced. Lost Ark came with Tier 1, 2, and 3 content in the West. A precursor to the wealth of end-game Tier 3 material Smilegate has generated since their launch. Devs hope players will use more of Tiers 1 and 2 to learn about Lost Ark’s many systems, explore Arkesia’s enormous globe, and learn about warfare mechanics.

Because of the varied purposes of Tier 1 and Tier 2, several challenging Guardians and Abyssal Dungeon encounters were left behind

The balance updates to some Tier 1 and Tier 2 content that was announced last week on Lost Ark’s official forums were not greeted nicely by many players. User champxgne created a thread under General Discussion titled Stop nerfing content and that immediately blew up overnight being one of the most commented forum posts.

The post is mainly about what players think of the difficulty changes in the game, and from those who are afraid that these changes might already ruin the game when it has just been released. Put an emphasis on the part where if the changes in the game should be changed to equal the Korean version, then it’s a welcomed adjustment since players want the SAME game, nothing more, nothing less; and where players just don’t want a unique “western version” simply because some of the player base are complaining that the game is “too difficult”.