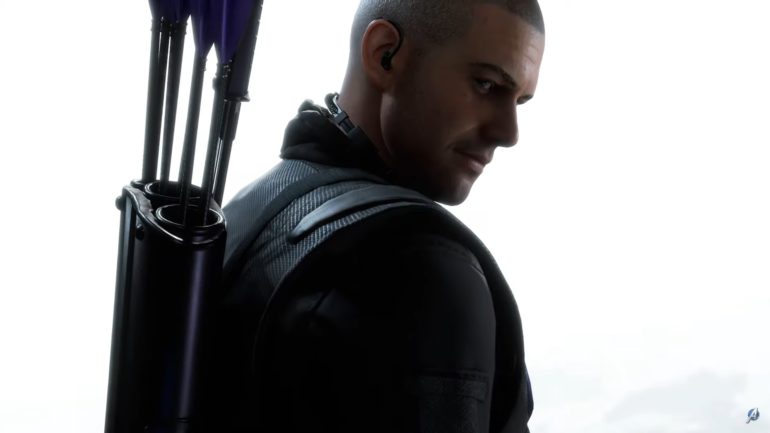 According to the studio, after the game’s launch this coming Sept 4, more content will be added to the game like heroes, villains, missions, story arcs, and many more and all of them will be free of charge. One of those free characters that will be introduced afterwards is Hawkeye.

He was lost track of at the end of [the attack on A-Day]. There’s an entire story pack that comes with him that tells what he’s being doing for these last five years. What you get is a full story that you can, uniquely, play his story as a full co-op experience. Then you can go back and replay all the stuff that comes out on day one in the Warzones with Hawkeye now, as well as all the new stuff that comes with him. He also has some unique story threads that tie up a few gaps that you might have noticed in some of the campaign but also throw out some new threads for the future.

Since Crystal Dynamics was also involved with the latest version of Tomb Raider, it was apparent that fans have compared Lara Croft with Hawkeye. This is not the case, however, according to Amos. Lara was designed as a character from a different world with her own tricks, but Hawkeye is different. He has different kinds of arrows with their own purposes and special abilities.

Marvel’s Avengers to launch on PlayStation 4, Xbox One, Google Stadia and PC. The PlayStation 5 and Xbox Series X versions will come at a later date.