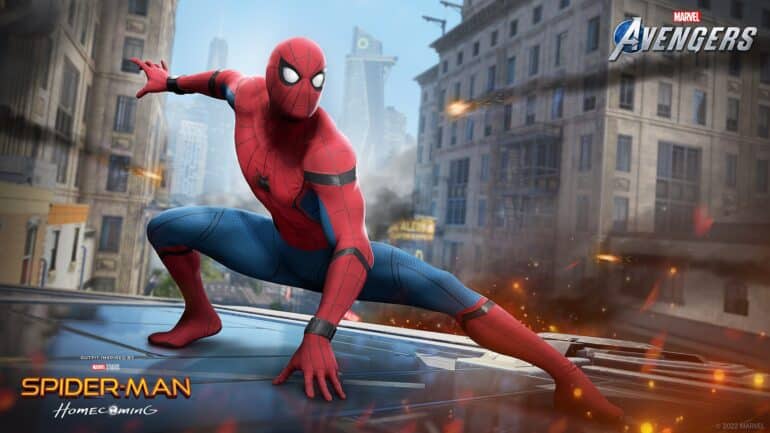 Crystal Dynamics continues to add new outfits to Marvel’s Avengers and the latest is another one from the MCU Spider-Man.

The latest outfit to be added for the PlayStation exclusive character Spider-Man is another Marvel Cinematic Universe version, the one from Spider-Man: Homecoming that was designed by Tony Stark himself. This outfit will be available for purchase in the Marvel’s Avengers Marketplace starting on February 24, 2022.

The Homecoming outfit first appeared on Captain America: Civil War and had so many technological advancements added to it including its own AI called Karen. Aside from this outfit, there is also the Spider-Man’s red-and-black Upgraded suit from Far From Home.

To clarify, these suits will only be exclusive to the PS4 and PS5 consoles as Spider-Man can only be accessed there.