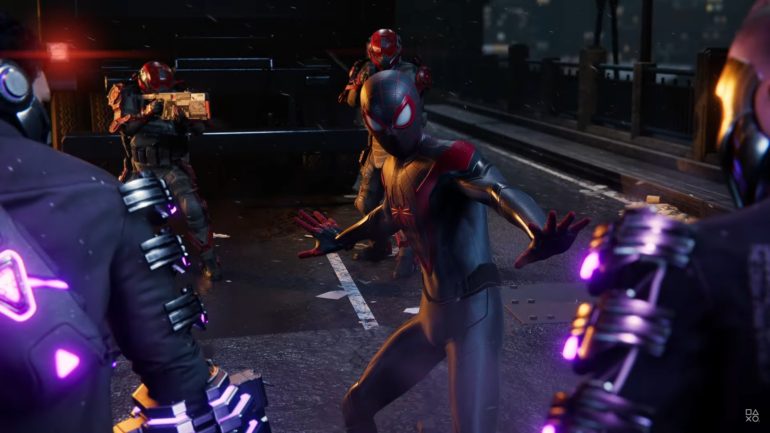 On the official Twitter account of Insomniac Games, two suits were detailed in Daily Bugle style magazine images, which were written by Betty Brant. According to the writer, Peter Parker’s partner has a closet that rivals the style of the original Spider-Man, which is apparent with these two new suits.

The first suit is the Crimson Cowl Suit in which Betty describes as a two-piece and makes him look like he is going to the gym. She said that some people would call it a hood, but others call it a cowl. It does make Morales look cool and slick with a different style. A little bit like the protagonists from the Assassin’s Creed franchise.

The second suit is already revealed via the pre-order promo done by Insomniac Games. Betty describes it an “evolution of his classic red and black suit” and looks like it is made of a breathable fabric. This allows Morales to swing around the city without getting sweaty.

Based from this post, I can speculate that the Crimson Cowl Suit could be the second pre-order bonus that buyers can get. It can also be another suit that Morales can unlock in the game. Insomniac Games has not made a statement that confirms my speculation though, but we might just know when the game comes out later.

Marvel’s Spider-Man: Miles Morales will be released on PlayStation 5 and PlayStation 4 this coming November 12.