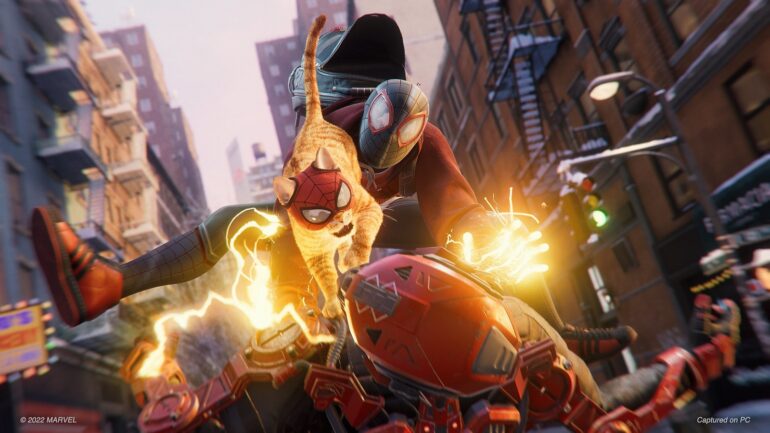 In the latest announcement on the official PlayStation Blog, Nixxes Software has now confirmed that Marvel’s Spider Man Miles Morales PC will launch on November 18, 2022. To celebrate the announcement, a new trailer was released that reveals the PC features.

According to the post, the PC version will be similar to the PC version of the original game in remastered form. It will have a lot of enhancements, customizable settings, and support for a broad range of hardware configurations. This will be available on high-end PCs and portable PC gaming devices aka Steamdeck.

The game features ray-traced reflections with a variety of quality levels. It has newly added ray-traced shadows for outdoor light cast by the sun and the moon. It enables realistic shadows with natural gradients in softness and further enhances the visual fidelity in the game’s setting, which is New York.

Ultra-wide gaming is fully supported and optimized and supports ultra-wide aspect ratios of 21:9, 32:9, and 48:9 when using triple monitor setups. The cinematics in the game are adapted to be fully viewable to those aspect ratios mentioned.

The graphics menu has various customizable features, presets, and quality levels to choose from. This includes texture quality and filtering, level of details, crowd and traffic density, and so on.

Control options for mouse and keyboard and controllers have extensive customization features as well. The PlayStation DualSense controller is supported via wired USB connection, which will offer a full DualSense controller experience. This includes adaptive trigger feedback and haptic response.

Pre-purchase the game right now on both Steam and Epic Games Store for $49.99. Pre-purchase now to get these:

Check out the PC system requirements for both various PC setups: