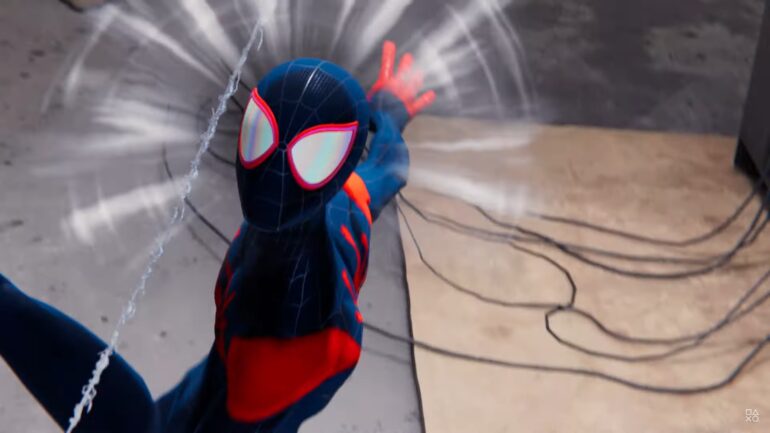 Customers who will pre-order the Miles Morales game will be able to enjoy early access to the Spider-Man: Into the Spider-Verse suit. It is exactly the look of the suit that the 2.5D animation movie had and it even has the animations that look like it kind of lags in frame rate, but you know that it is just a stylized animation. This is the Vibe the Verse suit mod that mimics the aesthetic of the different Earth Miles Morales Spider-Man.

Miles Morales is Spider-Man in this all-new chapter of the Marvel’s Spider-Man universe. Play as the teen Super Hero as he masters his dynamic new powers. When a war between Roxxon, a devious energy corporation, and The Underground, a hi-tech criminal army, threatens his new home of Harlem, Miles will learn that with great power also comes great responsibility. To save the people he loves and all of Marvel’s New York, Miles will have to take up the mantle of Spider-Man and make it his own.

Marvel’s Spider-Man: Miles Morales will be available on November 12, 2020 for PlayStation 4 and PlayStation 5.