A guide on how to get called up in MLB The Show 22. 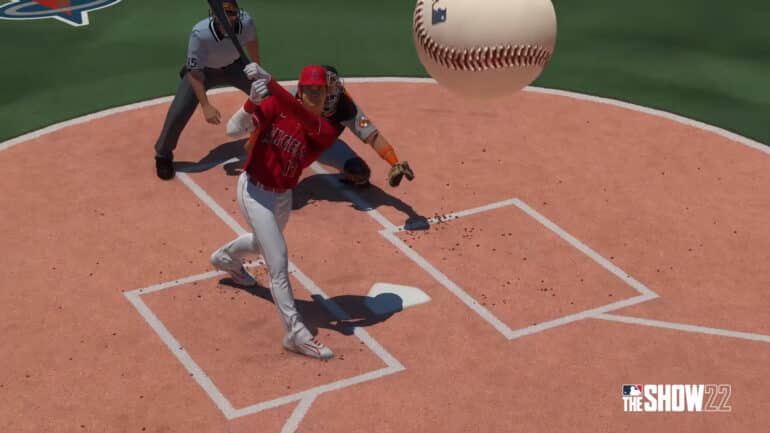 Getting Called Up in an MLB The Show game means that your ballplayer will go up the ranks and is one step closer to playing in the big leagues. Though this mechanic has existed in earlier games in the franchise, some players are still wondering how to get that most awaited call to happen for their player as it doesn’t seem to happen when they most expect it.

In this guide, we’re going to talk about and de-mystify the mechanic of how to Get Called Up in MLB The Show 22.

How to Get Called Up in MLB The Show 22?

If you want to get called up in MLB The Show 22 and play in the Major Leagues, you must be the best player at your position. This means that you must outperform the present player on the team, as well as other players who are vying for the position, in order to be selected by a team.

Getting Called Up and moving up the leagues has everything to do with your ballplayer’s overall rating. Simply put, if your player is the highest-rated in his current position among the organization’s roster for your player’s current position, you will most definitely get called up within a season.

How to Get Called Up in a Different Team in MLB The Show 22?

To get called up in a different team in MLB The Show 22, the same mechanic applies; your player’s overall rating should be better than that of the best ballplayer that the team has in your player’s current position.

How to Raise your Ballplayer’s Overall Rating?

To raise your ballplayer’s overall rating, you must aim to unlock the higher tiers of your player’s archetypes. Each archetype will then have their own program, and in each program there are a list of missions or tasks that you player can accomplish to earn program points. These missions can be done one-time or can be done repeatedly.

Once you get enough program points, you will unlock the archetype’s higher tier which gives higher stats and increases your overall points. Other than that, it also increases the number of perk slots that you can use. The tier progress is as follows:

Speaking of perks, you can also increase your overall rating further by equipping perks that add more bonuses to particular stats. These perks can be received from program rewards, packs, or just by playing through the Road to the Show games and missions.

If you like this article, be sure to check out our other MLB The Show 22 articles here:

Check out this video by TwinGamingTV showing how to raise your ballplayer’s overall rating in MLB The Show 22: