Mouse and Keyboard Support Now Available for Quake on Switch 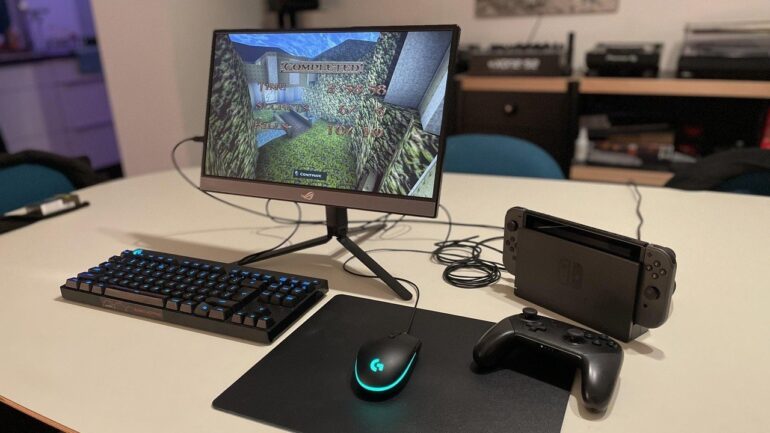 For those of you who remember playing Quake back in the good old days and have heard that it’s also out on Switch, I’m sure most of you are happy to know that mouse and keyboard is now supported while in docked mode.

Quake is one of the most iconic shooters in gaming history and it was awesome to hear that it would be getting a remaster treatment for all the current generation consoles. Though I’m sure that for those who game only on Switch would find that the joycons aren’t exactly up to the task for the fast pace shooter that is Quake.

So it was great to hear that we got keyboard and mouse support after the very first major update it had for all platforms which included improvements to its bots, online multiplayer, controls, maps, and a slew of bugs that needed fixing. Now anyone who plays Quake on their Nintendo Switch will now be able to relive all those LAN parties’ memories when they bring a very portable system over to their friend’s house for some Quake action.