My Reaction to Dean Takahashi’s Cuphead Gameplay: How Hard Can It Be? 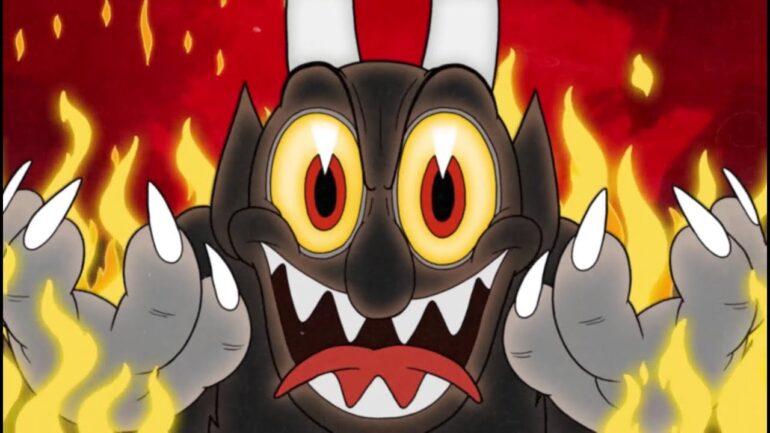 Remember Polygon’s video of DOOM? It was agonizing to see how the player in the video doesn’t have the grip to play first-person shooters and vigorously uploaded the footage online. I can’t merely grasp what the intention was in the first place. Was it to make it fun for viewers to watch? Or was it in the point of who gets to upload it first? Neither of these choices by the editors themselves thought about the reaction from the people watching. Because showcasing the game is not even on the checklist, if that was their excuse.

Now, the DOOM video is almost a year and a half old already, but it seems that there is another horrifying, or let’s use the player’s word “shameful”, trending display of playing a video-game. StudioMDHR’s Cuphead is a side-scroller shooter platformer, in which the player considers to be “hard” on his hands-on impressions. I was told by one of my writers about this fiasco, and I took some time digging for more details.

Obviously, for a person like Dean Takahashi, the GamesBeat’s video-games journalist (the person playing Cuphead), who in fact didn’t review a whole lot of platformers, seems to be bad at playing platformers. We can say safely assume that he probably didn’t play a hefty amount of the said genre either. However, that doesn’t justify his excuses why he doesn’t have the knack of understanding the most basic mechanic of a platformer game.

His video titled Cuphead Gamescom Demo: Dean’s Shameful 26 Minutes Of Gameplay (the video above) was met with a lot of pitchforks and backlash from the community. The YouTube video garnered 3 thousand dislikes and a lot of users were left disappointed and started to insult his “games journalist” title. Some even pointed out that Dean changed the title of the video from “Cuphead demo at Gamescom: It isn’t easy” after the negative feedback blasted in.

For Dean, this is a lot to take especially with his years of experience as a games journalist. He did take the liberty to respond to the hate comments on his gameplay video:

“Dean: I’ve watched the comments on this thread just to see how mean they would be. I think it’s useful to show my gameplay experience. I did not intentionally play poorly to “troll” anyone. But it serves as an interesting social experiment. I walk into a game cold, and this is the play that results. The video shows it’s a notch more difficult than your typical Mario game.

In fact, if you are expecting Mario, as the story says, then you are thrown off. And it shows that the developers are going to leave a lot of people who are worse than me behind. Maybe they’re fine with that. Maybe they want to target gamers with a love for difficult games. That’s fine. But I think they should signal that. How many games actually come with a tutorial these days? They’re not popular. But if it’s necessary, that is a signal this is going to require some skill.

As for other comments on this thread, I wonder why they are hostile to someone who is viewing the game as a beginner? Are we that intolerant of people who are not “gamers”? Should I have played the scene over and over again until I was good at it, and then turned the recording on, like so many of those perfect video walkthroughs you see?

I believe that games can be made accessible and inviting to people who are not hardcore fans, and these people can be accommodated inside the same game that is appealing to hardcore fans, through difficulty levels. So when people tell me that I shouldn’t be playing this game because, on my first play, I was pretty lousy  — that’s an attitude that argues that games should be shut off in their own little corner, only played publicly by the masters and the experts. I disagree with that view entirely, and I believe it leads to elitist attitudes that allow gamers to look down on other people, and that only leads to a more fragmented world of haters.“[/alert]

While I understand Dean’s frustration on the feedback, and sarcastically applaud how well he professionally wrote a response, it doesn’t necessarily mean that his letter of explanation was wholeheartedly accepted by the majority – even me. And I would like to give my thoughts on these specific lines that piqued my interest.

“Should I have played the scene over and over again until I was good at it, and then turned the recording on, like so many of those perfect video walkthroughs you see?”

For veterans of the genre, the tutorial section would be a no-brainer, and the multiple times that Dean had tried with the air-dash would have been an easy pickup after the first unsuccessful attempt. Crash Bandicoot and other challenging platformers taught us platformer vets that it needs precise timing to overcome an obstacle. It wouldn’t take one-minute for some to get that jump successfully – especially in the tutorial level. I find this rhetorical question stupid.

If you really have the knack for platformers (or even have the experience), even if a new game is placed on the plate, then you could have picked up the mechanics much quicker than those who rarely plays platformers. Let me show you my first time playing Call of Duty WWII during its Private Beta:

While some of you will say that Call of Duty is a no-brainer for the majority, that doesn’t exclude the fact that it’s a new game with the same core mechanics of FPS – similar to Cuphead which has a lot of platformer/side-scroller mechanics that other platformer/sider-scroller games have.

“So when people tell me that I shouldn’t be playing this game because, on my first play, I was pretty lousy  — that’s an attitude that argues that games should be shut off in their own little corner, only played publicly by the masters and the experts. I disagree with that view entirely, and I believe it leads to elitist attitudes that allow gamers to look down on other people, and that only leads to a more fragmented world of haters.”

While I do agree with the point about not limiting these kind of games to the experts/masters, Dean fails to see the wider view. When a gameplay is shown to the public when it doesn’t include any editorial touch like a voice-over to blatantly explain what happened, then it’s generally misunderstood in a different level.

And which, I think, Dean also misunderstood the hate. He needs to understand that the community in the games industry got higher standards when looking up to professional games journalists such as himself. Because, of course, when you’re horribly bad at playing the game, how can you rightfully give a better recommendation, or even a proper review, when it’s a genre you rarely even touch?

Even Ian Miles Cheong from The Daily Caller gave his thoughts on Dean’s Cuphead gameplay.

Game journalists are incredibly bad at video games. It’s painful to watch this. How do they think they're qualified to write about games? pic.twitter.com/KbsGIBvQtD

I haven’t played Cuphead yet, and I might not be in the place to criticize Dean. But, if you do search more gameplay videos and watch other publications play the first level on Cuphead, it’s not as horrible as Dean’s gameplay video. I even bet that I can finish the tutorial under one minute.

In the end, editors should do better when it comes to assigning games for editorial needs to writers who are fit to play the genre. Because when the community starts to bring their pitchforks at their doorstep, it should be with great understanding that they have their own personal opinion, and that it should be taken professionally as they have a lot of expectations when it comes to professional games journalists.

As for Dean, you should continue what you’re doing but you have to wary about the things you do and don’t humiliate yourself in public like this.