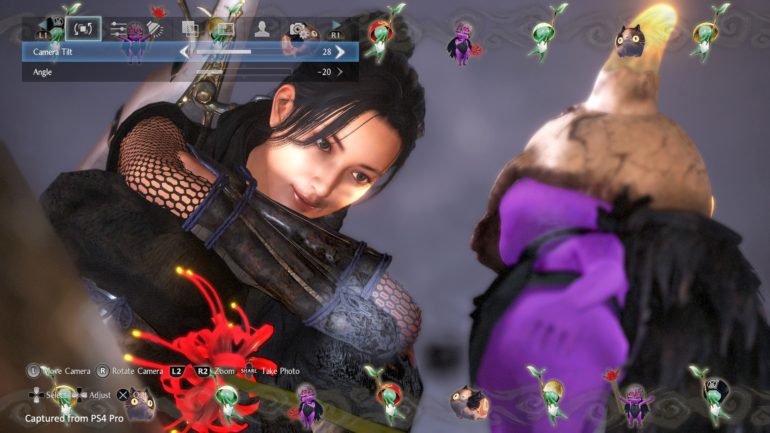 Update 1.09 just got uploaded on PlayStation 4 and it introduces some new missions to try out. The new missions are colored blue and are scattered in different chapters. After completing the missions, players can get new items, lots of materials and amrita, and one mission awards a new spirit guardian.

The update also introduced Photo Mode, which features in-depth camera settings for awesome screenshots. This will enable players to take awesome pictures while in battle or just posing in front of the camera. Also the update made some balance changes, improvements, and more.

Lee revealed that the developers are planning to release three big major downloadable contents over the next several months. It will provide players with new challenges, new storylines, new yokai, new bosses, Guardian Spirts, new skills, new armor, and a new weapon. This new weapon will alter the performance of skills outside of set stances.

The new DLC will introduce new difficulty levels and end-game content to allow the campaign to grow longer. The first DLC pack name is called The Tengu’s Disciple and will launch on July 30. A clue was given by Lee to hint what the upcoming DLC pack is all about. Check it out below:

A great battle has taken place at Yashima in the late Heian period. As a visitor in Yashima, our protagonist finds a shrine possessing a mysterious whistle called the Sohayamaru. Upon inspection, the whistle shines radiantly as the shadow of Yokai can be seen lurking in the background. It is revealed that whenever wars take place, heroes wielding the Sohayamaru will head into battle in order to restore peace back into this land.

More details of The Tengu’s Disciple DLC pack will be launched in the coming months.

The game is now available on PlayStation 4.