A guide on the third phase of Expedition 8: Polestar in No Man's Sky. 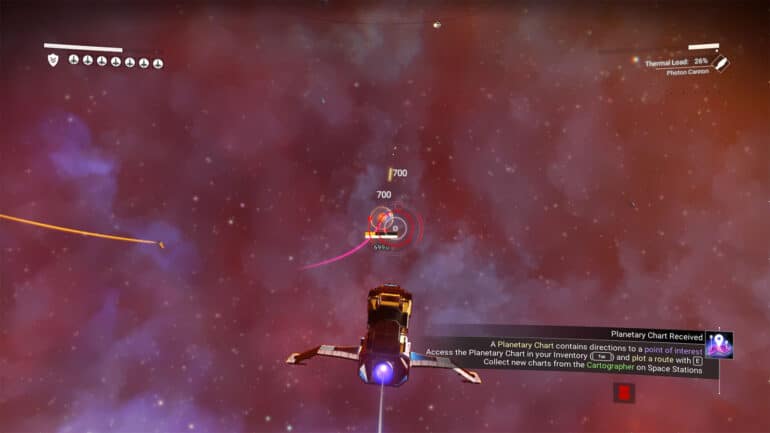 No Man’s Sky Expedition 8: Polestar Phase 3 will have players put their frigates and starships to work as this phase focuses on fleet and squadron expansion as the journey continues through the galaxy.

In this guide, we will have an in-depth guide about the third phase of Expedition 8: Polestar, and share some tips along the way.

We’re starting off with some basic tips and helpful info that can make your expedition run a lot more smoother.

How to Complete No Man’s Sky Expedition 8: Polestar Phase 3

Phase 3 has eight milestones which are mostly about frigate and squadron fleet expansion. It is necessary to recruit additional starships in this phase, which will require thousands of nanites.

Similar to the previous log milestones, you will have to jump through star systems to reach the marked system. Upon arrival, you can then speak to your freighter’s captain where you can access the ship’s logs. Doing so will complete this milestone.

While you are in the marked star system, fly your starship towards the next marked planet where the third rendezvous point is. It will be another crashed freighter that is submerged underwater, so make sure that you have your Nautilon Chamber with you so that you can ride it down the depths. Otherwise, you can re-collect the resources or just swim underwater until you get the notification about completing the milestone.

For this milestone, you will need to construct a Stellar Extractor Room within your freighter. This will require the following materials:

For this milestone, you will first have to unlock three squadron slots by accessing your fleet panel from your freighter’s bridge. Choose to manage your squadron where you’ll see the locked slots. Unlocking three slots will cost a total of 11,800 nanites, which you would already have received enough of as rewards from the previous milestones.

If not, you can go to Pirate-controlled systems and buy the suspicious packets of weaponry and technology, open them up, and then sell the modules that you get at the module vendors. You can also do Nexus missions or station missions that give out nanites.

Once you have unlocked all three squadron slots, head to any space station where you can recruit pilots for your squadron. Any class will do for this milestone.

For this milestone, you will have to hunt down 16 pirates. These pirates can be encountered more often within Pirate-controlled systems, usually on their own. The fastest way of stacking up pirate kills is to look for a pirate bounty mission for a mission agent in a space station. These bounties will have you hunt down a bunch of pirates at the same time, which is usually 5-8 pirates per bounty.

Try to bring Sodium with you to recharge your ship’s shields if they’re not strong enough.

Called by the Stars

To complete this mission, you will have to send out your frigate/s into fleet expeditions at least 8 times.

To do this quickly, you can send at least one frigate on an expedition, and then immediately abort that mission and debrief the captain. This will still count as a completed expedition regardless if the frigate made some progress or not. There will only be 5 fleet expeditions per day, after which you will have to wait for the next day to get a new batch of expeditions.

Called by the Stars rewards:

You will have to construct a Scanner Room for this phase. This will require the following materials:

You will have to construct a Galactic Trade Room for this phase. This will require the following materials:

Once you’ve completed all milestones for this phase, you can claim these rewards from the Phase 3 badge in the Expedition page. You can also already claim it in your other save files even before completing the expedition.

If you like this guide, be sure to check out our other No Man’s Sky articles:

Check out this video by Xxiou Games showing a quick rundown of the entire Expedition 8: