What to expect with cross progression. 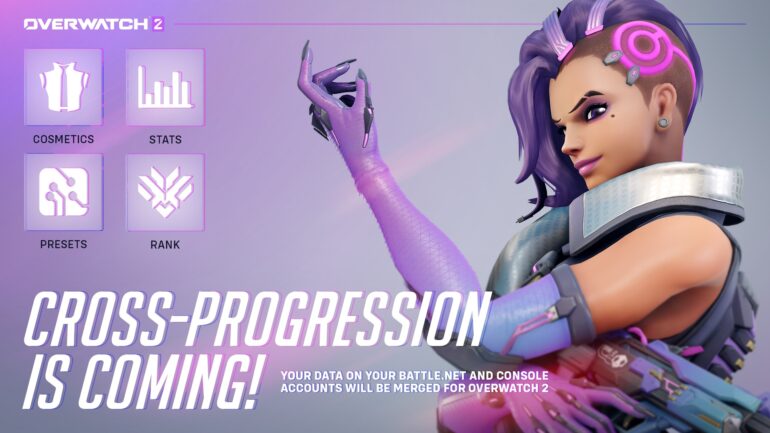 According to the developers, players will be able to enjoy the cross-progression system for Overwatch 2. They can merge multiple Overwatch accounts to carry progression and in-game cosmetics into Overwatch 2 on a single profile.

Players will be able to merge accounts starting August 16, 2022. Those who have a linked console account will need to login in order to identify, select, and confirm the accounts they want to merge. When Blizzard approves it, they will prepare the players’ accounts so they can be merged when Overwatch 2 launches.

Blizzard does warn players that there will be only one chance to merge console accounts so double-check it first and make it count.

Blizzard clarifies that only one account per platform can be linked together. Players who have two accounts on the same platform cannot link those together.