What does MIT mean in Overwatch 2 Scoreboard?

A look into the new scoreboard stat for Overwatch 2. 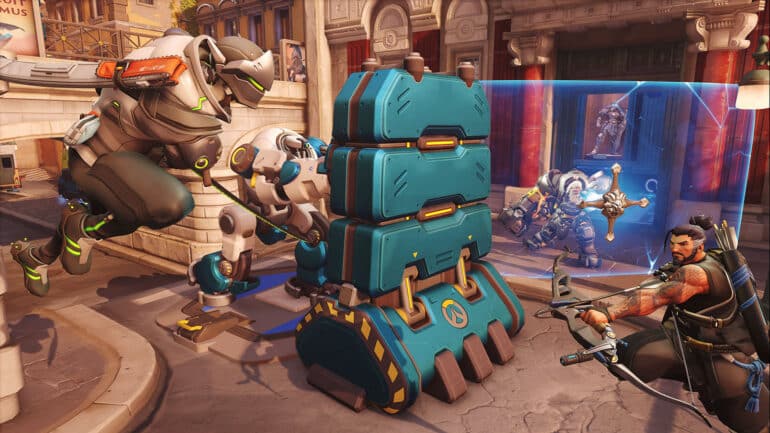 A lot of changes has been done in Overwatch 2, from some of its heroes’ skill set to the addition of new maps. Players of the recent Beta test have seen a new statistic added into the scoreboard tagged as “MIT” and for the uninitiated, these numbers may not make any sense.

If you are seeking for answers on what does MIT mean in Overwatch 2 and why it matters, then you are in the right place.

What does MIT stand for in Overwatch 2?

MIT means “Damage Mitigated” on the new Overwatch 2 scoreboard. MIT or Damage Mitigated refers to the amount of damage that a player has prevented through their defensive skills. This is similar to the previous Damage Blocked statistic, but now it also counts damage that has been prevented by other support skills such as Ana’s Nano Boost or Orisa’s Fortify.

It’s normal to see supports and tanks (and some damage heroes) having higher MIT scores than the rest, especially if they’re playing really defensive.

So far, we’ve also seen this statistic apply to other heroes’ skills such as when Cassidy enters Deadeye. However, there are still some mysteries as to how damage mitigation really works, as seen with this example where Soldier: 76 has this stat despite not having any skill that provides any defense:

It is quite possible that there’s some hidden stat or skill that has yet to be revealed that affects MIT through other ways, or it may just be an un-ironed bug considering that the game is still in Beta. The devs did also mention in the latest Beta patch notes that they’re still working on improving the MIT stat to include other sources of damage mitigation.

Why is MIT important in Overwatch 2?

MIT is a way to gauge a player’s capabilities in a particular heroes’ defensive aspect. It’s also a helpful stat to determine if a player is doing well at preventing damage, which also helps to know what kind of adjustments can be done with their play style. If a tank player is lacking in the this stat, then it’s an easy tell that some improvement is in order.

Assists (A) is also an overhauled stat for the Overwatch 2 scoreboards. Both the previous Offensive Assists and Defensive Assists have been combined into the Assists stat to give a more streamlined view of the scoreboard.

If you like this Guide, be sure to check out our other Overwatch 2 articles:

Check out this video by Flats showing the other changes done in the current Overwatch 2 Beta: