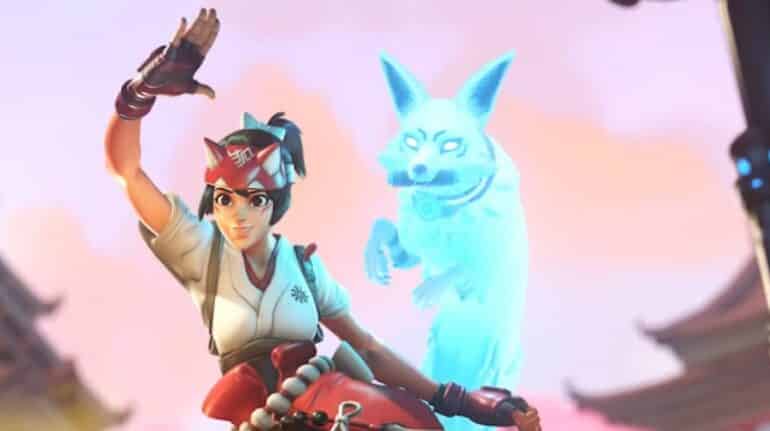 There are no real bad picks for Support heroes in Overwatch 2. However some heroes function better than others and are more viable picks for competitive play.

With the rework many of the Overwatch 2 heroes faced, the Support hero meta has changed drastically. What may have been top picks before have been replaced by someone else.

We’ve rated our Overwatch 2 Support tier list depending on each of the character’s kits which keep their team alive and their offensive options. Being a Support isn’t all about healing as being able to damage enemies and stay alive yourself also counts as to why you should pick the Support hero.

As the new Support hero it isn’t strange to see Kiriko be perfectly suited to the 5v5 team based combat. While her offensive options are a bit slow, Kiriko’s ability to act as Support to her group is unmatched. She can heal allies with her talisman and clean any debuff they’re experiencing.

Kiriko has high mobility which puts her on top of most Support heroes. She can instantly teleport to allies to bail her out of trouble even when they’re behind walls and she can climb walls like Hanzo to give her more verticality. Kiriko is essentially a top tier pick for Support without any noticeable downsides.

It’s no surprise that Baptiste is a top tier pick. His Biotic Launcher can heal several injured allies at once. Imagine a grenade launcher that does the opposite instead. Despite being Support, Baptiste has his reliable burst fire primary fire that while low on damage is a good weapon for most scenario.

Baptiste’s greatest asset is his Immortality Field which prevents his allies from dying. It can turn the tide of a losing battle into your favor. And gives you time to heal your allies before they can kick the bucket. His Ultimate even helps him increase the damage of allied projectiles and allied healing projectiles. There’s a lot Baptiste offers that make him one of the best team players in the game which is why he’s so high up on our Overwatch 2 Support tier list.

The downside to playing Support is the lack of offensive options but Zenyatta gives you the best of both worlds. Despite being structured more as an Offensive support, Zenyatta can provide survivability for his allies. The only downside is that his healing isn’t as powerful when compared to other Support although he can make his Orb of Harmony stick to any allied player until they need it.

Zenyatta really wants to hurt enemies badly as he can especially ruin an enemy player’s day by cursing them with the Orb of Discord which makes them take more damage. He can quickly coordinate with his team to get rid of pesky Tank heroes. Once Zenyatta’s ultimate charges he can significantly boost his healing towards allies and his own which quickly turns the tables of any fight.

Lúcio can give his team a buff in speed just by being near them. His biggest asset is his ability to passively heal allies so long as they’re within his radius. The kicker is that his healing isn’t as potent as other Support heroes.

When judging based on damage, Lúcio doesn’t really have much to offer. Besides his ability to push enemies off the edge of any map which is always fun, his primary fire is basically a nerf gun. However his ability to help his team charge into battle more than makes up for his lack of offensive options.

Brigitte is a Support hero despite feeling like a tank. Her Support kit doesn’t really revolve around healing but her ability to shield her allies and the brunt of damage which sounds like what a Tank should be doing. However Brigitte is balanced out that she does have some potent healing to put her on Support. The fact that she can heal allies just by damaging enemies with her flail makes Brigitte a favorite for aggressive players.

Those looking to fill in the gap for a lack of one more tank in their team can find Brigitte an enticing choice. She has a wide variety of attacks which prevents the lack of excitement associated with often playing the Support role. Her ability to protect her allies is pivotal for any offensive charge.

Moira is probably the most friendly Support to main. She can reliably heal allies while stealing the health of her enemies to charge up her healing abilities. Moira’s ability to switch from damage to support on the click of a mouse is pretty decent reason to pick her for competitive play.

The downside is that Moira doesn’t really do much damage and her Biotic Grasp doesn’t have much range which requires that you get up close to enemies. She more than makes up for it with her mobility allowing her to instantly move to allies in need. And her Ultimate is a game changer when timed correctly.

Ana is a great support pick provided you can back up her aim. Her offensive kit also doubles as her support so you won’t have to pay mind to manually switching every time you want to damage enemies or heal allies. Most of her attacks also heal her team and she’s no slouch in either department.

The thing with Ana is that you’re basically a babysitter trying to frantically shoot your team who’s constantly on the move. Despite having a long range for her support abilities, missing your healing shots on crucial moments will get your allies killed. Considering how people love to move around in this game, Ana is going to need precise shots to hit her own squad for those heals.

Mercy’s good points are that she can boost damage and can be hard to hit when flying around. However she can only heal and support one character at a time so you’ll have to be sure everyone sticks together so you can change targets frequently. Mercy is also the only Support hero that can revive others which is a massive boost in team play, but if you’re cornered as Mercy you’re pretty much dead unless you have your Ultimate or an ally you can fly to immediately.

That’s all for our Overwatch 2 Support tier list. We hope you managed to find the best Support heroes in this game. If you find some concerns, please feel free to email us. In the meantime, for more Overwatch 2 content you’re already in the right place.

Watch this Youtube video from Paz showing the hardest and easiest Support heroes in Overwatch 2.