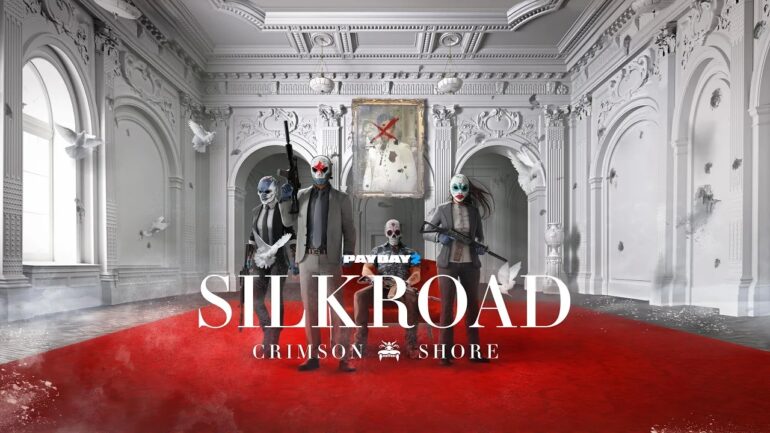 Silk Road – Crimson Shore is the fourth and final chapter within the campaign. It will add the Buluc’s Mansion Heist DLC, Gunslinger Weapon Pack DLC, Weapon Color Pack 3 DLC, and Tailor Pack 3 with $6.99 for the heist while $2.99 for each of the other DLCs.

The long-awaited upgrade to the Infamy system called Infamy 3.0 will be available for all owners of the base game. It will be released today on Steam.

PAYDAY 2 is an action-packed, four-player co-op shooter that once again lets gamers don the masks of the original PAYDAY crew – Dallas, Hoxton, Wolf and Chains – as they descend on an epic crime spree.

With more than 6.9 million community members on the main PC digital distribution platform Steam, PAYDAY 2 have had more than 199 paid and free updates since its release in 2013. First launched in 2011, PAYDAY is a cooperative first-person shooter computer and video game franchise with more than 18 million units sold on PC, SteamOS, PlayStation 3, Xbox 360, PlayStation 4, Xbox One and the Nintendo Switch system. PAYDAY 2 in VR is also available for existing owners of PAYDAY 2 on Steam for the HTC Vive and the Oculus Rift headsets. PAYDAY 2 development was halted in December 2018, but on October 25, 2019, with the introduction of the PAYDAY 2: Legacy collection, it was announced that development had been resumed.