No one's going to be left out now... well except one more. 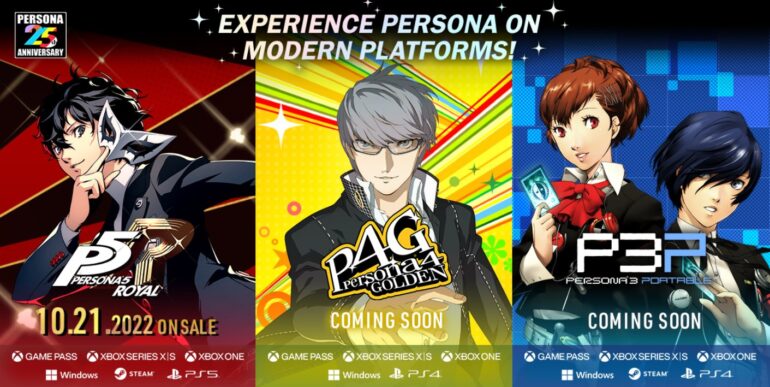 Atlus has just confirmed that Persona 4 Golden and Persona 3 Portable will have one more port completing all platforms.

Just recently, Microsoft announced during their Xbox and Bethesda Games Showcase of the Persona series coming to the Xbox and Windows PC platforms. Fans with Xbox consoles were happy to know about this, but some PlayStation fans were worried since Persona 4 Golden and Persona 3 Portable do not have PS4 and PS5 versions. The prior only has PS Vita and Steam versions while the latter has only PSP. Later on, a press release confirmed that these two games will have PS5 and Steam versions. Now the old gen console owners were worried since the PS4 got left out.

Today, Atlus finally puts the fans’ worries to rest with a new announcement. It has finally been confirmed that P4G and P3P will have PS4 versions at a later time. This has now completed the full circle, availing these three titles to all modern platforms: PC via Windows and Steam, PS4, PS5, Xbox One, and Xbox Series X/S. Everyone can now enjoy playing Persona games.