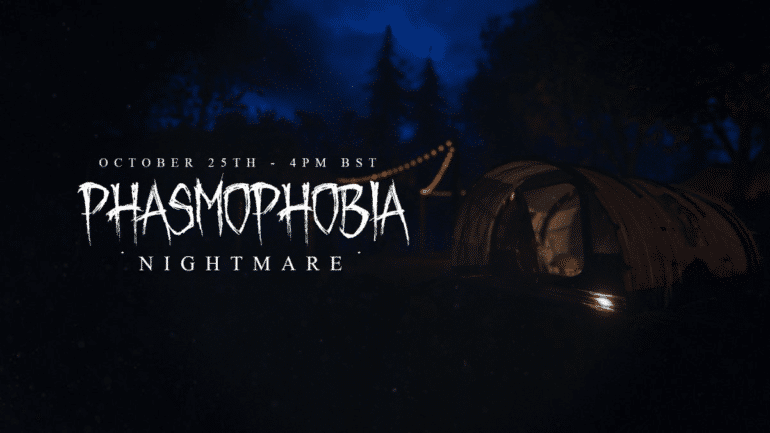 If you’ve played Phasmophobia before, you generally know that ghost never leaves the indoor areas. That’s about to change with the new upcoming map, Campsite, which will most likely feature an open area where your only safe reprieve is your tent in the middle of the woods.

Back a few months ago, a Youtuber named Insym spoke with game developers regarding their ambition to add this new map. However it wasn’t until recently that it’s been confirmed to be dropping with the latest update just in time for Halloween.

What’s In This New Phasmophobia Update?

Along with this new update is Campsite. A presumably open map that’s unique in the fact that the haunting takes place outside rather than indoors. As you can guess, this would no doubt change a lot of aspects such as searching for fingerprints, turning on light sources, and finding Ouija boards.

With the absence of indoors, Campsite could include new challenges. Challenges such as finding a place to hide, keeping sanity in the overall dark, and locating evidence. No doubt it’s a map that even veteran players will have to get familiar with.

Speaking of challenges, the Halloween update introduces a new difficulty called Nightmare for those who seek a greater challenge.

A new ghost type called The Twins will also be dropping through this update. This seems to be a ghost pair which implies that players will be looking for two individual ghosts at a given location. This also begs a few more questions. If this pair can hunt more efficiently due to covering more ground, what’s their weakness that balances them out?

As for us, we can’t wait to see what this new update has in store for us. We’ll be sure to keep you up to date on more news about this when the update drops.