A good selection of timeless classics. 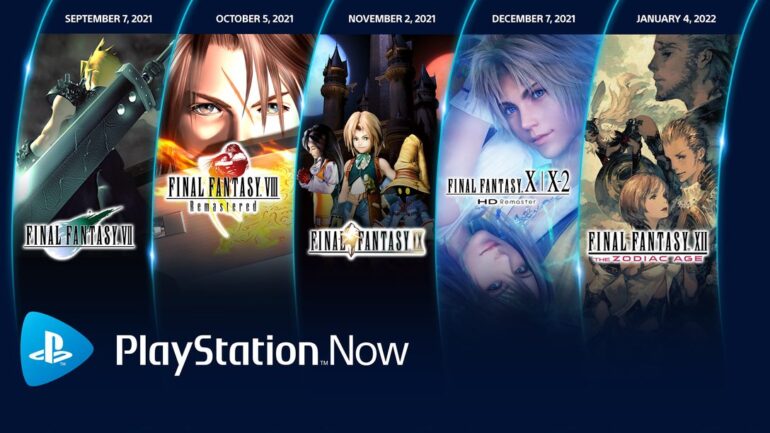 Why bother with morals when one controls everything? This is the ideology deeply rooted within the Shinra megacorporation. In a world where greed controls everything, can the planet really supply the endless demand for its resources? The answer is “no” and the world is dying. But Shinra doesn’t care.

Join AVALANCHE in their quest to save the planet by destroying Shinra. Play as the enigmatic Cloud Strife, an ex-Shinra elite SOLDIER-turned mercenary, as he discovers dark secrets about the megacorporation that puts his sanity to the test.

Wartime is a profitable event. None can claim truth to that more than the very institutes that train mercenaries. Garden, a private institute that almost exclusively takes in orphans to train into becoming elite combatants called SeeD sends it graduates to warzones all around the world.

Play as the aloof Squall Leonhart, a newly graduated mercenary from the Balamb Garden with a ruthless focus towards his objectives. His professional way of life is put to the test as he forms bonds he otherwise never dreamed to make. In the distance, a powerful witch declares war on this already war-torn planet.

An unstoppable monster called Sin reigns havoc all across the world. No one knows where this monster came from. All that everyone knows is that there is but one way to appease it momentarily, a pilgrimage must be made by a summoner to defeat monster and issue an era of temporary peace free from Sin before a new cycle starts once again.

Final Fantasy X/X-2 are two separate games, the original and its sequel.

The shame of being conquered by a foreign nation has no comparison. The princess Ashe is forced to bear the burden of being on the losing side of war as her beloved is killed and she is but the sole heir of her now conquered kingdom. On the alleyways of Dalmasca, a poor young orphan whose lost family to war winds up being caught in a complicated plot to free his nation.