A classic Pokemon returns with a new Hisuan form 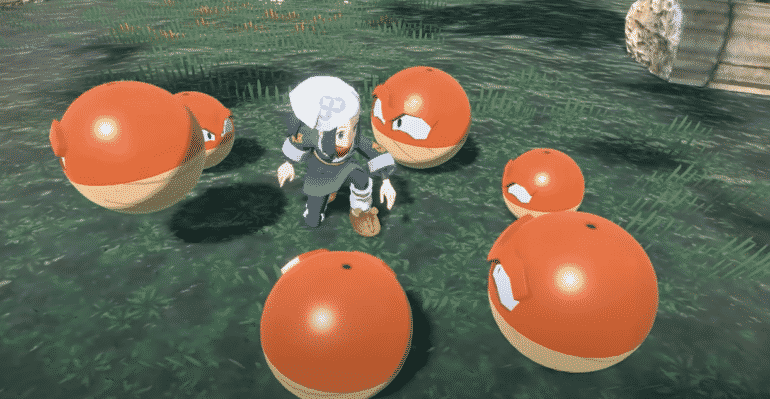 Another new Pokemon has been revealed for Pokemon Legends: Arceus. The official Pokemon Youtube account has shared a trailer showing off a Hisuian version of the classic monster Voltorb.

The classic Voltorb is an Electric Pokemon but here in Pokemon Legends: Arceus, the Hisuan Voltorb is Grass/ Electric Type Pokemon. bearing a closer resemblance to the primitive wooden Poke Balls used in the Hisui region. According to the official Pokemon Legends website, it stores seeds inside its body and has a friendly disposition, though it often inadvertently discharges electricity when it gets too excited.