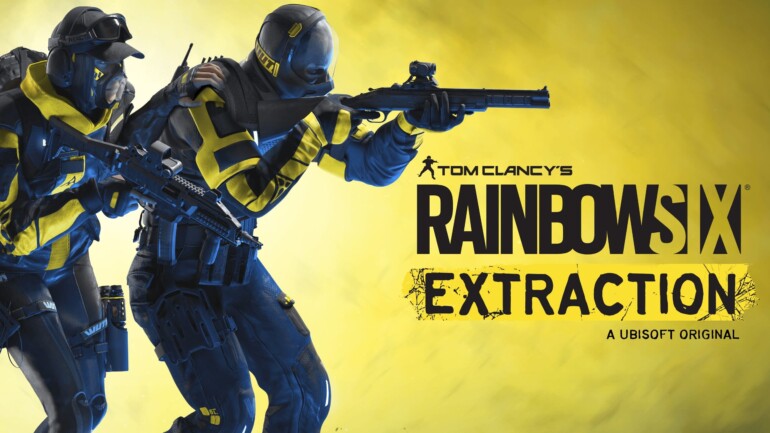 Rainbow Six Extraction expands the universe of Rainbow Six, this time taking a sci-fi twist. An unexplained alien lifeform named the “Archaeans” has begun its attack on humanity, and it is up to our familiar characters to save the day under the REACT special forces unit.

Like the rest of the current Rainbow Six universe, a lot is left unexplained in lore. Most of it is relegated to in-game dialogue and brief cutscenes sprinkled throughout the game. But as a backdrop for why our operators are shooting an alien-parasite-zombie monster, it is serviceable enough. Rainbow Six is all about the gameplay.

There are a lot of promising ideas in Rainbow Six Extraction. How does Ubisoft translate one of the biggest competitive FPS games into a PvE shooter? The answer is it’s a mixed bag.

Extraction is based around a 3 person team of operators undertaking incursions into archaean overrun maps. Each map is split into three zones with a primary objective for each zone. Objectives range from killing elite enemies to destroying nests or extracting MIA operators. Zones get progressively more difficult as you progress with the third and final zone containing the highest-tiered enemies and the greatest XP reward.

Should your team decide they are ill-equipped for the last challenge, you can extract from the zone at any time and leave while the cards are still in your favor. This risk/reward concept never factors in too much in the early game as low-level incursions feel far too easy, and the only real challenge comes from the end game Maelstrom missions.

Your grand payoff from repeated incursions is the ability to craft new gadgets with the intel gathered on the field and new customization options for your operators. Higher-level operators with better gear also unlock higher-level incursions.

A fine reward for your troubles, but it doesn’t stray too far from the classic multiplayer formula of dangling a new shiny toy in front of you every few levels. Having some challenges that unlock new operators would have been a nice touch.

Coming over from Seige are 18 Rainbow Six operators for your choosing. Classic operators and fan favorites like Sledge, Doc, and Tachanka are present. Some operators didn’t make the cut this time around, perhaps due to very PvP oriented abilities, but I’m sure they’ll find their way to Extraction in due time and likely with a price tag.

Enemies in Extraction are sensitive to noise, so some operators like Sledge don’t feel particularly useful unless you want to smash a hole in the wall and alert the entire swarm that you guys are here to steal their tissue sample. Your most valuable operators will likely have some form of healing or recon ability.

Even then, at times, you might need to use a less compelling character due to Extraction’s persistent operator statuses.

Operators have a baseline health bar that cannot be replenished in the field, only boosted with health packs. If you take too much damage on a mission, that operator will maintain that same level of health unless you give them a break and let them recover as you take on incursions with different operators.

Should your mission take a wrong turn and your operator die, there are two possibilities. The first is that your team recovers your body and extracts it successfully. Your operator takes an “injured” status in this state and will be completely unavailable to you on missions until their health is replenished.

The second possibility is that your teammates fail to extract your body and leave your cocooned operator to be consumed by the sprawl. This operator is now considered MIA and unavailable to you until you complete an extraction objective for them in the next incursion.

I really enjoyed this mechanic as it forces you to use different operators and change up your gameplay style and what gadgets to use throughout your incursions. Rarely will you be getting too comfortable with your operators as you’re constantly using a new one. A nice change of pace in a game that I would consider a little too repetitive.

Despite this new twist on Rainbow Six, I still found difficulties sticking to the game. Extraction is simply not mechanically rigorous or entertaining enough to make me want to return for more.

The tactical side of Extraction is pretty rudimentary, with the only coordination between my teammates and I being the occasional “draw aggro while I backstab” combo and dividing up who shoots which set of tentacles in an MIA operator extraction objective. Occasionally I would tell my teammates to stop moving so I could shoot the blinding spores off their bodies to mitigate future damage. Still, besides that, the only real fun I had with my teammates was just goofing around during incursions.

My merry band of teammates and I decided to drop the pretenses of stealth and just start shooting almost anything and everything, which is where I discovered how forgiving Rainbow Six Extraction really is. This is also where I started having the most fun before that thrill wore off and the game just became boring.

There is hardly a lack of ammo in this game which means that you can happily shoot everything around you and replenish at the airlock zones. Enemies are varied, featuring 4 difficulty tiers with different mechanics present for properly killing each one; however, once you figure out each enemy’s weakness, it is just a matter of going through the motions until that enemy is dead. Most enemies die simply by hosing them down with bullets once they expose their weak points.

In the interim, when you’re not primarily shooting Archaens, you are completing a constantly rotating list of objectives that repeat too often and are too simple to keep engaged for repeated incursions. Extraction’s gameplay loop is to go from point A to point B with a simple objective in between that doesn’t do anything fun like the complex puzzling of GTFO.

Stealth is an option, but when you can shoot almost everything with minimal downsides if you simply keep your wits about you, why would you not just go for the quickest route? What starts off as a potentially tense and tactical PvE experience quickly devolves into a very trivial and mind-numbingly superficial gameplay loop. Maelstrom missions promise a more mechanically rigorous experience with more zones and more challenging objectives; however, the pathway to getting there is lined with repetition and checklist objectives.

Rainbow Six Extraction finds itself in a strange spot compared to its competition. GTFO is an intense co-op shooter that leans heavily towards communication and tactics. World War Z and Back 4 Blood are competent as casual, fun zombie shooters. Extraction attempts to sit in the middle yet ultimately feels bland.

Rainbow Six Extraction is neither the hardcore tactical PvE game it wants to be nor a wildly fun zombie shooter that attracts a vast audience as it simply lacks that level of spectacle. The majority of Extraction lacks the nuance and mechanical feature set of the hardcore PvE contemporaries that Rainbow Six Extraction is attempting to emulate. There are some neat ideas like the persistent operator health statuses that will switch up who you can play as in incursions or MIA operator objectives that make the game world feel semi-connected.

Ultimately, Rainbow Six Extraction is a forgettable experience with a solid foundation that will hopefully be built upon in the months and years to come. 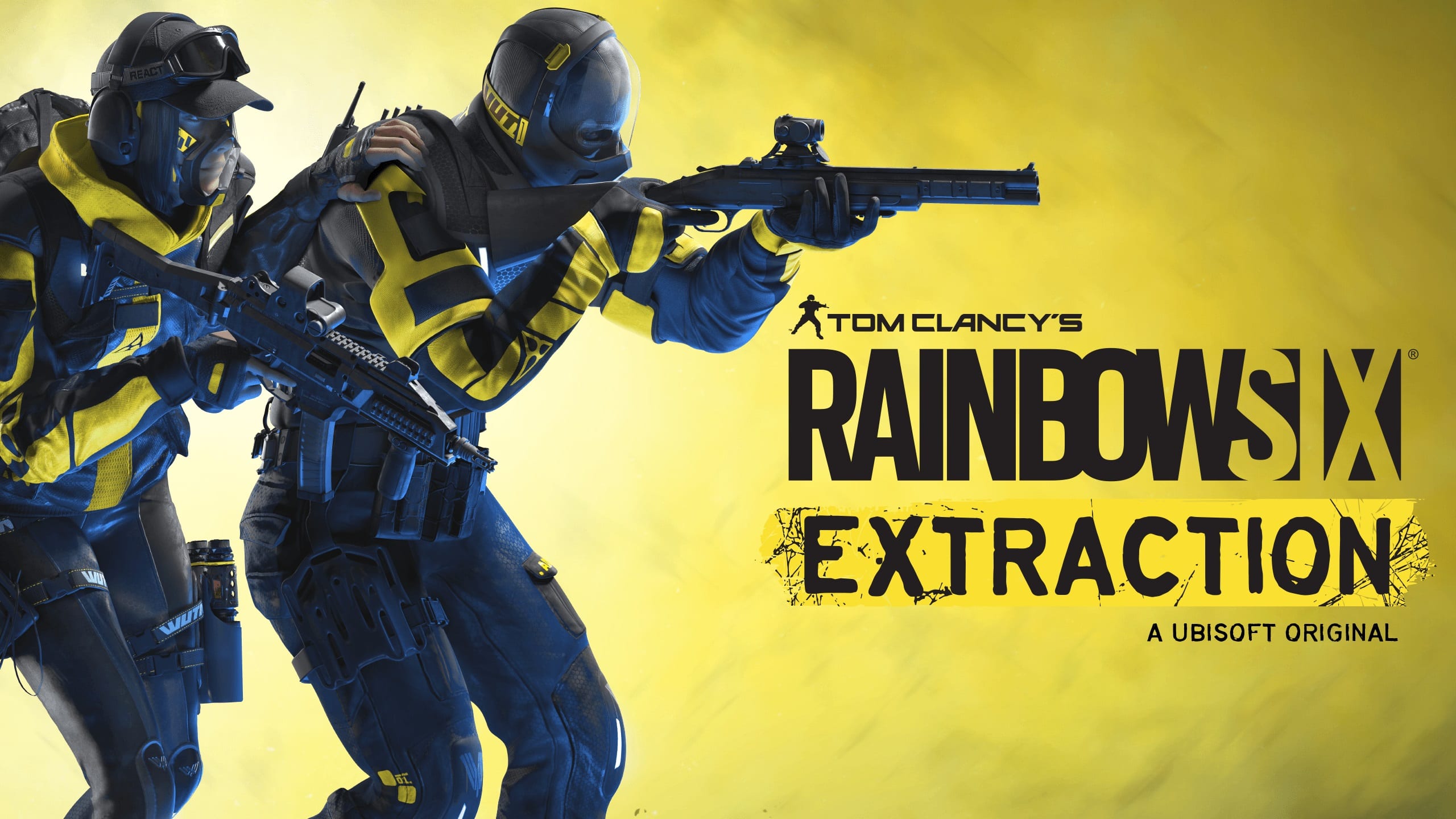 Rainbow Six: Extraction -Review
Score Definition
You better have to choose if it’s worth spending your spare cash, because it might not be the game for you and it might be for others.
Pros
Persistent operator statuses
Great gunplay
Maelstrom missions
Cons
Repetitive gameplay loop
Lack of tactical challenge for the majority of the game
6.5
Justified