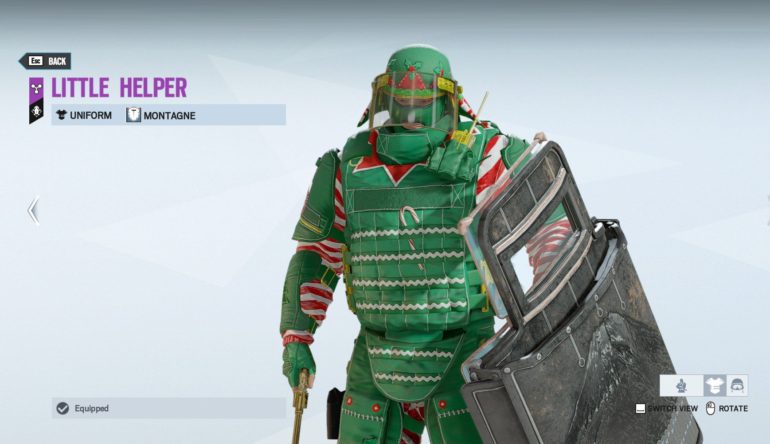 Game company Ubisoft celebrates the holidays with a special free download for players who own video game Rainbow Six Siege.

To celebrate the holidays, Ubisoft is giving away a random operator to everyone who logs into the game.

The information was revealed in a tweet by the official account of the game, but it was very vague. One Reddit thread has nailed down the details. The giveaway operators will be taken from the Year 1 through Year 4 expansions, but not the base game. Here is what they can get:

Aside from the operators, they can also get the holiday-themed Montagne outfit. This is an exclusive skin that can only be acquired via the packs as a special gift for players that have unlocked all Operators.

The free operator offer will last until January 5, 2020. The game is now available on PlayStation 4, Xbox One, and PC.