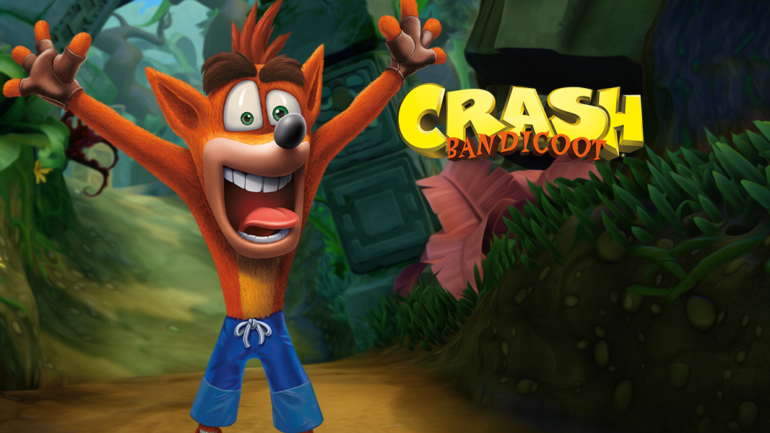 It’s just a day away from Crash Bandicoot N. Sane Trilogy’s launch and everyone is excited for the massive revamp of our classic favorite platformer. Originally released on the PS1 in 1996, Crash is making its way to this generation as a PS4 exclusive. However, there are sightings that it will make its way to the Xbox One fairly soon.

But that aside, how about let’s take a trip back to memory lane and see what were the best main Crash games.
Note: Spin-offs are not included, just the mainline games.

This installment was plagued by the terrible camera and horrible mechanics. Developers Sierra and Vivendi Games seem to have challenges developing Mind Over Mutant. It did focus more of an open-world experience for players while still captivating young audiences to buy the game. While Mind Over Mutant definitely looks great on the PS2, Xbox 360, and Wii, the setbacks it had makes the game not worth getting at all.

It’s definitely not one of the great installments in the Crash franchise. Crash of the Titans received mixed reviews when it launched. The gameplay strayed away from its core mechanics, this wasn’t what the veterans and fans of the franchise wanted, and trying to make Crash of the Titans innovative and unique from the rest of the installments, it seems that it didn’t meet what Universal and Activision expected – the success that it should have had.

5 – Crash Bandicoot: Wrath of the Cortex

This is probably the most “safest” entry in the series. This is also the first sequel that Naughty Dog didn’t develop, and the first of its kind to make its way to other platforms like the GameCube and Xbox. However, Traveller Tale’s made it more like an additional content for Warped than an actual sequel. The gameplay additions to Wrath of Cortex felt more limited. Clearly noting that this is the first Crash title on the PS2, fans expected something new in the series, seems that Traveller’s Tale didn’t do much innovation.

Even if this was the father of all installments, sadly, this was also the game that had suffered with controls and its insanely difficult levels. While classics do have this certain “challenge”, it was definitely hard for its kind. However, the great thing is that Crash Bandicoot holds the unique charm than other installments have. The diverse boss battles that uses clever tactics in 3D platforming sequences. Don’t get me wrong, this is still one of the best ones in the series, but it’s overshadowed by some of its successors.

More like The Empire Strikes Back. Kidding aside, Crash 2 is the most balanced installment in terms of level difficulty and the gameplay mechanics were smoothened out. It also had some clear focus with the introduction of multiple targets throughout a level too. Naughty Dog added new gameplay features like the polar bear riding and jet packs. This was almost the best one in the series yet.

Why number 2? Well, I find the new approach of Twinsanity to be more enjoyable than the other mentioned installments. You get to witness Crash and Neo Cortex team up, it also focus on co-op gameplay which gave a little fresh perspective in the series. They also added some humors that fit perfectly in Twinsanity. It might not be number 1, but Twinsanity is still going to be my number 2 in this list.

Warped has proven itself to be the best among all of the titles in the series. With a brilliant soundtrack and refined gameplay mechanics, all of the things in Warped are perfectly mixed to give us a great amount of enjoyment. The futuristic and Arabic levels, the level design was just simply amazing and it provided more variety. It’s the best one there is and playing it again in a remastered version on the PS4 can relive those exciting moments.