Salt and Sacrifice How to Beat Celus Zend Boss Fight

Players are having a hard time fighting against Celus Zend, the Mourning Winter in Salt and Sacrifice. Here's how you beat this boss fight. 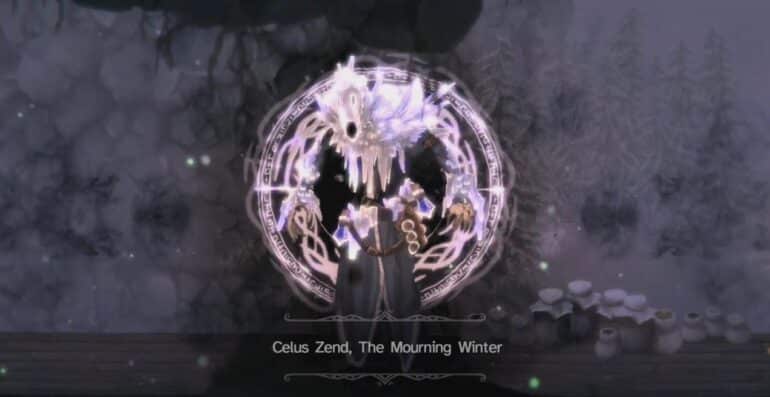 The best way to beat Celus Zend is by dodging frequently. Avoid blocking most of the time as the attacks from the Celus Zend will drain a portion of your health thanks to its cryo damage. This is easier said than done as Celus can summon floating ice shards that explode when touched limiting the area you can move around in.

Celus Zen, the Mourning Winter is a Cryomancer that deals attacks that all have cold damage. You’re going to have a difficult time if your character is bulky and slow to move. Check our guide for Salt and Sacrifice classes for which class is best for this fight. If you’ve picked classes like the Paladin then you’re going to have to rely on healing items and any supports skills you might have.

Celus Zend has multiple fast attacks and you each have to deal with them in a different way. The first kind of attack is Celus’ icicles which shoot at you. Dodge out of harm’s way at the first sign of Celus summoning them as they are quick and can catch you off guard.

When Celus Zend summons a cloud, The Icicle Storm. Make sure to keep far away from it. This cloud will constantly roam around the area and keep shooting icicles at floor which could hit you.

Celus Zend can close in on you once he summons that giant rapier and do a combo. Roll through his thrusts behind him and counter with melee attacks. The best place to attack Celus Zend is at its back where it’s the most open.

After you’ve depleted Celus Zend’s health enough, it will fall to its knees allowing you to close in and devour its heart.

Where to Find Celus Zend, The Mourning Winter

Celus Zend can be found in the far west of Ashbourne Village. Instead of heading into the Root-Ceil Caverns, keep heading westward where you’ll go up the hill. You’ll have to keep going until encounter Celus.

That’s our guide for how to beat the Celus Zend boss fight. We hope this guide helped you get past this boss. If you really liked this article consider checking out our other Salt and Sacrifice content.

Check out this Youtube video from strildo featuring the Celus Zend boss fight.