Salt and Sacrifice All Crimes and Starting Items

A guide on the Crime choices and Starting Items in Salt and Sacrifice. 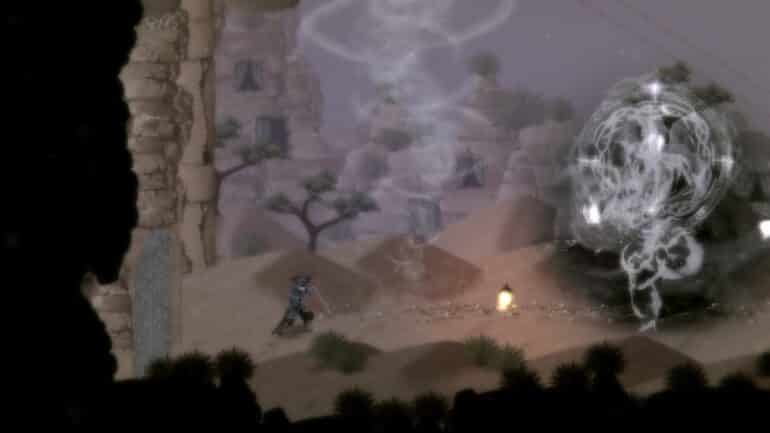 Salt and Sacrifice is the newest successor to the previous Salt and Sanctuary game. The story starts as the player, a criminal to be executed, is given the choice to become a Marked Inquisitor tasked to hunt down mages who are wreaking havoc throughout the land in order to be absolved from their crime. Let us walk you through the all the Salt and Sacrifice crimes and starting items so you can make the best decision for your character.

There are twelve (12) crimes in total, each of which has a different starting item. While some of these items can be used straight away, some are tagged as key items and will become useful once you encounter the quest for them.

Crimes are another set of options that players should choose while creating their character in Salt and Sacrifice. Although these crimes do not influence the flow of the story and the gameplay by a lot, they will affect the player during the first part of the game. Each crime will allow the player to get different kinds of starting items. Some of these starting items are consumables, while some are trinkets, weapons, or key items.

Introducing itself as a game that has a Souls-like gameplay, it borrowed plenty of mechanics from well-known games of the genre, including the option to choose a starting item.

These starting items are not game-definingly powerful and they’re just meant to help the players get through the first part of the game in theme with the crime they have “chosen” to commit.

When it comes to choosing the best crimes in Salt and Sacrifice, it’s a matter of personal preference. It’s crucial to pick a crime that matches the type of character you want to portray if you want to have a more immersive gaming experience. Here are our recommendation for the best starting crimes to the least preferred:

This crime allows players to obtain the Cutthroat’s Dagger, which many believe to be one of the best crimes in the game. The character’s stamina will be boosted significantly by this item.

The Phlogiston Decoction, a consumable item in Salt and Sacrifice, bursts on impact and coating the surface with a burning liquid that gives Fire Damage, is given to players as a reward for the Alchemy crime. The ability to throw weapons and do damage from a safe distance makes certain challenging battles easier to handle.

Players who choose arson will receive 5x Firebombs, a throwable item that explodes on hit and delivers a considerable amount of damage, similar to the Phlogiston Decoction.

Players will receive the Censer of Harmony at the beginning of the game for the crime of Blasphemy in Salt and Sacrifice. All nearby creatures will fight hostile intruders, making this an extremely helpful equipment for both multiplayer and PvP games.

In addition to the Cracked Wineskin, which players will use frequently throughout the game, Drunkenness grants 5x more of this consumable item.

At the beginning of the game, players are given a bag of Silver if they choose Usury as a starting crime. During the early stages of the game, this bag can be swapped for 1000 silver which can give you a headstart because you can use the money to purchase other important items.

A Signet Ring will be added to the character’s inventory when this crime is selected. In Salt and Sacrifice, noble households utilize this gold ring with elevated letters on the fringe to instantly determine the worth of an individual.

To unlock more RPG aspects later in the game, one option is to choose a crime that gives a crucial item.

It is possible for players to gain the option of selling a parcel of land in the game by committing Forgery. This is a fake land deed for a little plot of land in the Altarstone Kingdom, forged, as its name implies.

The Krine Tablet, an artefact on which the Ten Commandments are written, is a starting item if you choose Heresy. It asserts that every action is the result of free choice on the part of the individual taking it, rather than a divine mandate.

Players will receive the “Lock of Hair” item if they choose lasciviousness as a starting crime. In the main story of Salt and Sacrifice, this is a crucial object that will come in handy at a later point.

The “Signal Lantern” is a starting item for Smuggling, and like the “Lock of Hair”, is a critical item that sailors use to communicate across long distances.

This crime will reward players with a Wooden Doll that they may exchange for a Gray Starstone with Shanna, the herbalist.

If you like this Guide, be sure to check out our other Salt and Sacrifice articles:

Check out this video by FightinCowboy featuring the gameplay of Salt and Sacrifice: