Rescue Merrick from the evil group! 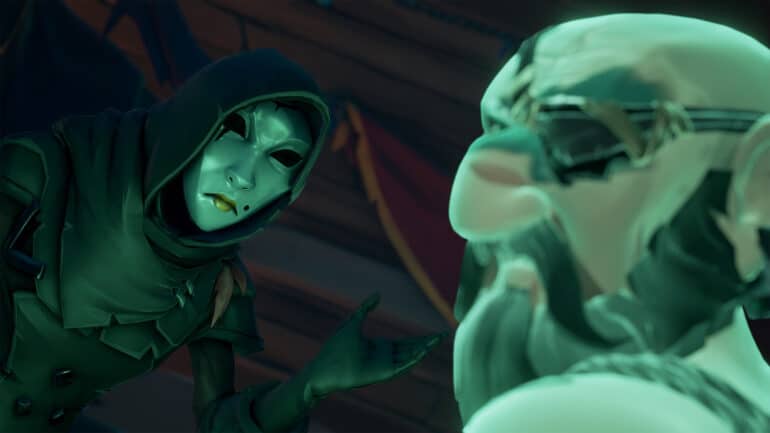 Rare has now started the Sea of Thieves Sixth Adventure A Hunter’s Cry across all platforms.

Yesterday, it was revealed that Merrick has been kidnapped by the Dark Brethren, a group of renegades who once tried to seize control of the Sea of the Damned. They have him locked away in their base of operations and it is now up to the players to rescue him from their clutches.

Players will now be fighting this evil organization in the Sea of the Damned and get Merrick out of there. They will be in for a challenge though as these captors are not that easy to defeat.

Merrick is currently held atop a twisted recreation of the Glorious Sea Dog Tavern. In order to reach this place, players will need to fend off attacks from a spectral fleet while working to seize control of three lighthouses around the tavern’s perimeter, which will illuminate a path to the top.

After bringing Hunter Merrick home, players will earn an exclusive Memento of the Adventure.

Sea of Thieves Sixth Adventure A Hunter’s Cry is now live until September 1, 2022. The game is now available on PC, Xbox One, and Xbox Series X/S.

Check out our articles below: